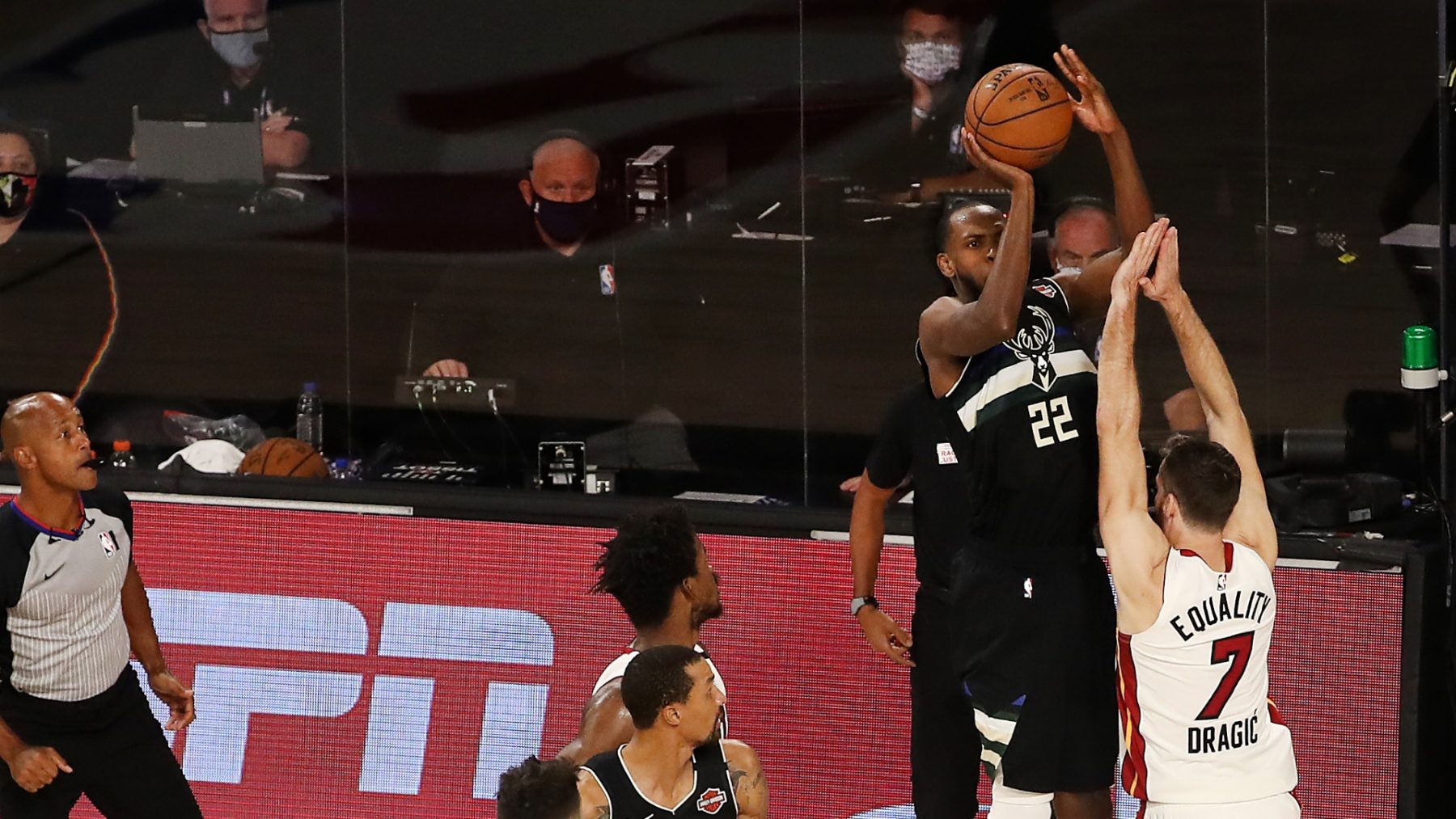 Game 2 of the Miami Heat’s second-round matchup against the Milwaukee Bucks had a chaotic finish to say the least.

That’s because the last five points of the game were decided by controversial free throws.

With 4.3 seconds remaining and the Bucks down by three, Heat point guard Goran Dragic was called for a shooting foul against Khris Middleton.

Moments later, with zero seconds remaining on the game clock, Heat superstar Jimmy Butler was fouled by Bucks superstar Giannis Antetokounmpo. Butler made both free throws and iced the game, as the Heat won Game 2, 116-114.

The NBA recently released its Last Two Minute Report for that pivotal Game 2.

The first controversial call was deemed correct by the league:

“Dragic (MIA) steps forward after Middleton (MIL) has started his upward shooting motion toward the rim, and Middleton lands on Dragic during a natural shooting motion as he returns to the floor,” the report read.

The final called of the game was also deemed correct:

“Butler (MIA) is in the air in a natural shooting motion when Antetokounmpo (MIL) makes contact with his midsection and affects his trajectory and balance. The shot is taken before the expiration of time, and the foul occurred before Butler landed,” the report read.

Regardless of the calls, the Heat currently hold a commanding 2-0 series lead with Game 3 scheduled for Friday night at 6:30 p.m. EST.