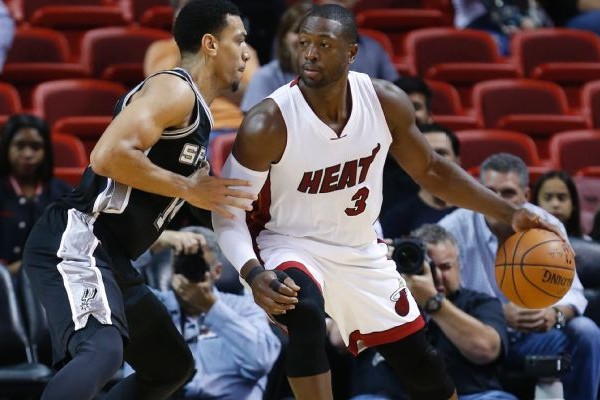 (Miami, FL) — In their third preseason contest, the Miami Heat (1-2) put together a furious rally in the fourth quarter to defeat the San Antonio Spurs (0-2) by a score of 97-94 at AmericanAirlines Arena on Monday night.

After being down 84-71 at the end of the third quarter, the Heat took advantage of San Antonio’s cold shooting down the stretch to outscore them 26-10 in the final frame.

However, it wasn’t all pretty for the Heat on Monday night, as the team continued to struggle with three-point shooting (five of 24 on the night) as well as taking care of the ball (13 turnovers).

“Even before we get into what we’re trying to do and how we’re playing with the pace and the spacing, we have to value the ball, value the possession,” said Heat head coach Erik Spoelstra after the game.

Heat forward Luol Deng, who had 11 points and one assist on the night, says the team has a ways to go and there’s plenty of room for improvement.

“There’s still a lot things we need to clean up,” said Deng. “Guys are getting familiar with each other, so that’s why there’s a lot of turnovers.”

Gerald Green, who was acquired via free agency this offseason after spending the past two seasons with the Phoenix Suns, led Miami in scoring with 17 points to go along with three rebounds, one assist and one steal in only 20 minutes of playing time.

Up next on their preseason schedule, the Heat will drive north to play the Orlando Magic (2-2) at Amway Center on Tuesday night. The contest, which is scheduled to tip off shortly after 7:00 pm ET, will be broadcasted on FOX Sports Sun.
[xyz-ihs snippet=”Responsive-Ad”]