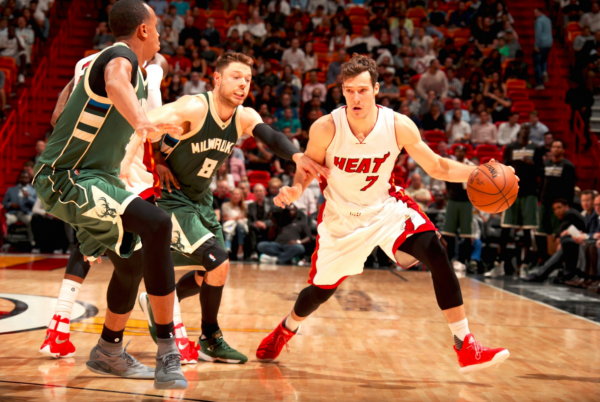 (Miami, FL) – For the first time since Nov. 1, the Miami Heat (3-8) felt the sweet sensation of victory on Thursday night as they routed the Milwaukee Bucks (5-6) by a score of 96-73, finally putting an end to their six-game losing streak.

The Heat, who had actually trailed the Bucks 20-6 with 5:07 remaining in the first quarter, exploded in the second half of the game after tying it up 48-48 at halftime.

Shooting guard Dion Waiters had his third game of the season where he scored over 20 points, as he finished with 23 points (10-of-22 from the field), seven rebounds and four assists in 35 minutes of action.

“Pretty much, he (Spoelstra) just let me play my game. Some shots are gonna fall, some not,” Waiters said. “It’s a make-or-miss league, but it’s about how you impact the game.”

Heat head coach Erik Spoelstra, who was without the services of starting small forward Justise Winslow (sore left wrist) for the second game in a row, got a huge boost from guard Josh Richardson on Thursday night.

“You have to have guys that are willing to compete, be physical, do it with technique and discipline,” Spoelstra said.

Drafted 40th overall in the 2015 NBA Draft out of the University of Tennessee, Richardson was put into the starting lineup and had 18 points including four 3-pointers made to go along with three boards.

Miami point guard Goran Dragic, who had missed the previous three games with a left ankle injury, came back strong with 16 points, six boards and four assists in 35 minutes.

For the Bucks, they were led in scoring by small forward Giannis Antetokounmpo and shooting guard Tony Snell, who each contributed 14 points apiece.

Up next, the Heat will leave town for a four-game road trip beginning on Saturday night against the Washington Wizards (3-8) at Verizon Center. The contest, which will tip off shortly after 7:00 p.m. ET, will be broadcast live locally on Fox Sports Sun.
[xyz-ihs snippet=”Responsive-ImagenText”]