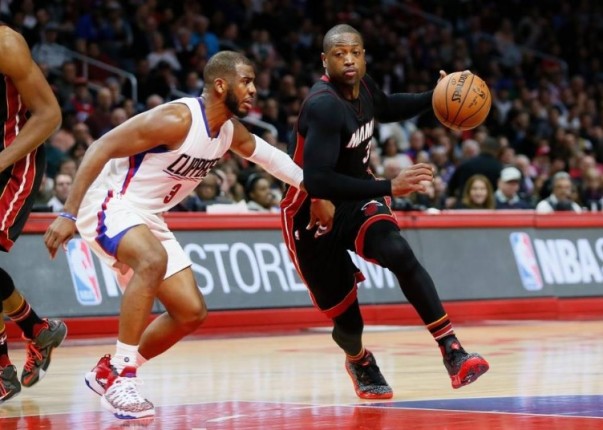 (Los Angeles, CA) – Being on the wrong end of a 24-5 run to start the third quarter was fatal to the Miami Heat’s chances of stopping their two-game losing streak as they fell to the Los Angeles Clippers, 104-90, at Staples Center on Wednesday night.

Some of the key factors in the defeat stemmed from the Heat committing 23 turnovers and slow starts to open up three of the four quarters. The victory marked the 10th straight win for Los Angeles.

Miami led at the half, 52-45, but the Clippers scored the first 13 points of the third quarter, aided by the Heat missing its first five shots. The 24-5 run was primarily due to the frequent pick-and-roll consistency of Los Angeles, and by the end of the quarter, Miami trailed 79-69, getting outscored 34-17 over those 12 minutes.

Any chance the Heat had to make a comeback ended in the first three minutes of the fourth period, when another bad start to a quarter allowed the Clippers to score the first eight points, eventually leading by as many as 20 at 96-76.

“What’s there to say? That’s as bad of a second half as you can play,” said Spoelstra. “Just bad, bad basketball. We stunk up the joint.”

Both teams had key players missing from the lineup, with the Heat missing Goran Dragic due to a calf strain. Meanwhile, Los Angeles was without center DeAndre Jordan, who sat out the game due to pneumonia, and forward Blake Griffin, who’s been out with a quad injury.

One bright spot was Miami’s Hassan Whiteside being able to play just under 27 minutes of action off the bench, despite reports that he had been scratched from the lineup due to knee trouble.

“I didn’t keep everyone organized the way he (Dragic) does,” said Johnson.

Spoelstra was asked why Whiteside didn’t start the game if he was well enough to play:

“It was a way to limit his minutes,” explained Spoelstra.

Miami, which is spending most of January on the road, has a Friday night meeting in Denver next on the schedule, with tipoff set for just after 9 p.m. ET.
[xyz-ihs snippet=”Responsive-Ad”]