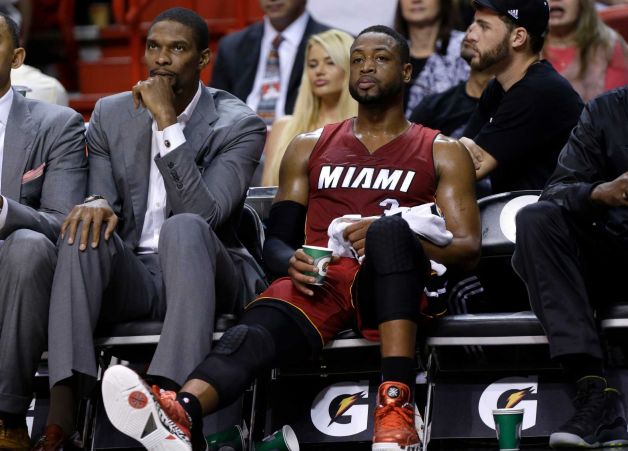 (Miami, FL) – The Miami Heat, playing at home for the first time in 10 days, were soundly beaten by the Chicago Bulls Sunday night at American Airlines Arena, 93-75.

Forward Mike Dunleavy scored 22 points and grabbed four rebounds in leading the Bulls to victory, while Luol Deng paced the listless Heat with 17 points and 10 rebounds.

The Heat, having won two of the last three games on their five-game road trip, were hoping to keep the momentum going as they faced Derrick Rose and company for the first time this season.

Instead, the Heat looked like a team that had not recovered from a cross-country excursion that took them from the Midwest to the desert to the Rocky Mountains before finally returning to South Beach.

Miami actually led by four points at the end of a low-scoring first quarter in which neither team shot particularly well. Unfortunately for the Heat, the Bulls snapped out of their shooting slump while Miami continued to misfire.

The Bulls used an 8-2 spurt at the start of the second quarter to take a lead they would not relinquish. The Heat managed to keep the game close with four points each from Deng and center Justin Hamilton, but they had very little help from anyone else.

With star guard Dwyane Wade limited by foul trouble in the first half, the Heat went to their locker room trailing by seven points.

The Bulls dominated the second half, in large part due to Dunleavy’s offensive outburst in the third quarter. The lanky Bulls forward scored 19 points in the quarter – more than the entire Heat team – from all over the floor. Using an array of shots including three-pointers, midrange jumpers, a layup and two free throws – Dunleavy helped his team extend their lead to 24 points heading into the fourth.

With the outcome decided, the Heat finally managed to outscore the Bulls in the fourth quarter, but it was hardly enough.

Miami was playing without forwards Chris Bosh, who was out with a calf strain, and Josh McRoberts, who missed his third straight game with a right knee contusion suffered in Miami’s win over the Phoenix Suns last week.

Regarding his calf injury, Bosh stated, “It’s like a dark cloud hanging over us right now. Hopefully it will be better news tomorrow.”

After the game, Wade added that his All-Star teammate was “irreplaceable” and hopes he “can get back as soon as he can when he’s healthy.”

Rookie point guard Shabazz Napier and center Hassan Whiteside were also unavailable for tonight’s game after being assigned to the Heat’s D-League affiliate in Sioux Falls, South Dakota on Saturday.

Rose had a solid outing with 14 points on 6-14 shooting and three assists, while Pau Gasol struggled from the field, scoring just nine points on 13 field goal attempts. But the Bulls didn’t need their stars to shine on this night.

Speaking with reporters after the game, Dunleavy said “If the outside shots aren’t going, we have many ways to get inside, and we can push the ball. We’ve got a lot of options.”

Tonight, he was the Bulls’ number one option, and the Heat had no answers.

Miami’s next game is Tuesday night versus the Brooklyn Nets (10-12) at 7:30 PM EST. The game will be broadcast on Sun Sports.
[xyz-ihs snippet=”Responsive-Ad”]