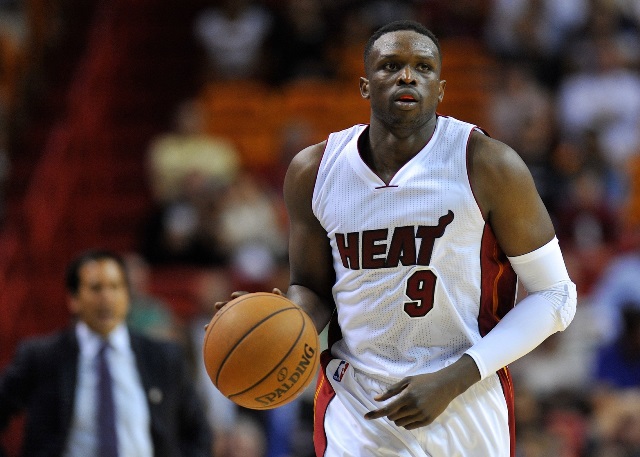 (Miami, FL) — The Miami Heat (11-12) are finally back from their five-game road trip, and in high spirits as they prepare to take on their next challenge against the Chicago Bulls (14-8).

Although they managed to pull ahead in Friday night’s game against the Utah Jazz, the Heat did not fare well on their journey west, and finished the trip with a 2-3 record.

Now, the Heat hope to bring the taste of victory back to their home court against the Bulls, who are seeded number one in the Central Division. Miami is currently on a two-game losing streak at home, and a 4-6 record overall at the American Airlines Arena.

The Bulls will be one of the toughest opponents the Heat face all year as they are 10-3 on the road and are undefeated against the Eastern Conference. Luckily for Miami, Chicago is also having a tough season as far as injuries and is likely to sit out forward Doug McDermott (knee) along with  Taj Gibson and Joakim Noah due to ankle injuries.

Chicago is coming off a 115-106 victory against the Portland Trail Blazers as Derrick Rose dropped a season-high 31 points — his first time cracking the 30+ mark since March 21, 2012. Aaron Brooks contributed 17 points and four assists. It was a big win for the Bulls, who have been defeated by the Blazers seven straight times since November 1, 2010.

In his postgame interview, Dwyane Wade commented on the Bulls’ performance so far this season:

“They have a team that can compete for a championship. Of course, obviously there will be moments that they have to try to play together, but they are a good team. When they have everybody healthy they’re dangerous, when they don’t have everyone healthy they’re still good.”

It will be a bittersweet game for small forward Luol Deng, who just 19 months ago, still called Chicago his home, prior to being traded to the Cleveland Cavaliers for Andrew Bynum. Although he left on a rather sour note, Deng still holds the Bulls dear to his heart:

“Facing Chicago, for me, it’s different than facing any other team, because I’d been there 10 years, and I’m very close with the guys there and I’m very close with the coaching staff,” Deng said of his time spent in Chicago, “In the summer we spoke a lot. Even when I was going through my decision, I asked him his opinion. I still talk to Thibs. We developed a close relationship.”

It should be a good game for Deng, who played admirably against the Jazz, finishing 5-5 from the field in the first half, and contributing 14 points overall. Wade led the team with a season-high 29 points, despite falling ill to the flu that has been sweeping the Miami Heat locker room. He ate nothing but half a bowl of chicken noodle soup in the 24 hours prior to Friday’s game.

“A lot of my teammates will be sick and they’ve all gutted it out so I have to do the same, he said. I have no idea [how I played so well], I just played the game I needed to play, and it was just a better game for me today than I did the last, so I don’t know. You don’t want to be sick at all but I do know when you have illnesses or you have injuries, you’re going to be a little more focused.”

Chris Bosh had 22 points going 9 of 16 from the field. Defensively, the Heat did well against the Jazz, holding them to 44% shooting, while the Heat managed to shoot 50% from the field.

“We can respond,” Bosh said, “It’s not going to be easy. Nobody wants to be in a losing situation; it’s unfortunate but we’re always going to be able to dig ourselves out. It’s going to be like that sometimes, we’re a young group, you have to understand that. But we just have to keep playing, keep showing up, keep going hard, keep playing and that’s all that matters and if we keep doing that, we’re going to get over that hump.”

Tip-off is set for shortly after 6 PM E/T and will be broadcast on Sun Sports.
[xyz-ihs snippet=”Responsive-Ad”]