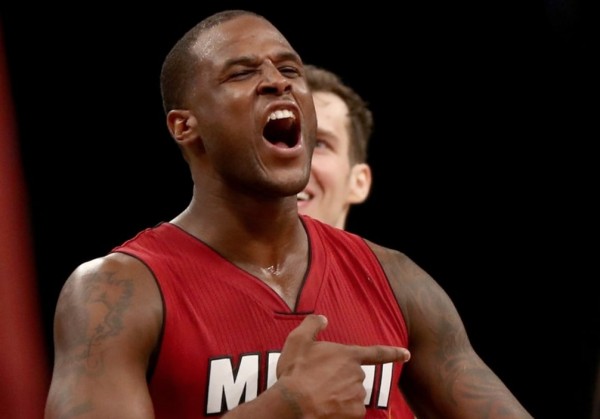 (Brooklyn, NY) – After their incredible 105-102 upset victory over the Golden State Warriors on Monday, the Miami Heat (16-30) stormed back from an 18-point fourth-quarter deficit on Wednesday night to defeat the Brooklyn Nets (9-36) by a score of 109-106 at Barclays Center.

Following a successful four-game homestand, the Heat won their fifth consecutive game, their longest streak since March of 2016.

“It was just a tough and gritty fourth quarter. A lot of impressionable plays defensively, Okaro (White) made some big ones but Willie (Reed) was terrific with his energy,” Heat head coach Erik Spoelstra said after Wednesday’s victory. “This was an important challenge for us coming off of four home wins to be able handle success. We haven’t had this opportunity to deal with something like this yet this season.”

With just 2:16 remaining in the fourth quarter, Miami shooting guard Wayne Ellington drilled a clutch 3-pointer from the corner to tie the game at 99 apiece.

Ellington, who had played the entire 2015-16 season with the Nets, came back to Brooklyn and put on a show with 22 points (8-of-15 from the field and 4-of-7 from behind the arc), four rebounds and one assist against his former squad.

“It makes it even that much sweeter,” Ellington said of the comeback victory during his postgame interview. “We came out and were a little lackadaisical by letting them go on a run. Obviously (Brook) Lopez was unbelievable tonight, but we stayed with it, we showed our character, dug deep and kept on grinding.”

Just over a minute later, Heat undrafted rookie power forward and Brooklyn native Okaro White hit what turned out to be the game-winning 3-pointer with 56 seconds left. White, playing in only his fourth game since his debut last week against the Dallas Mavericks, scored a career-high 10 points (2-of-3 from three-point range), seven boards and a whopping four blocked shots in 27 minutes of action.

“You love seeing guys have an opportunity to make plays like that in front of their friends and family.” said Spoelstra on White’s play. “It doesn’t always work out that way, but it is special. His life has changed pretty dramatically in a week. Nothing is obviously guaranteed, but you’re happy for him to have that opportunity.”

For the second straight game, Heat shooting guard Dion Waiters hit a game-clinching 3-pointer as the shot clock expired with just six seconds remaining in the game. After making the shot, Waiters promptly struck an arms-folded pose in celebration, reminiscent of his game-winner against the Warriors two nights ago.

Waiters, who has scored a combined 90 points over his last three games, is now averaging 23.8 points per game during Miami’s five-game winning streak.

“I love that moment. You can never shy away from that. Those are the types of moments you want under pressure,” Waiters said afterwards.

In a losing effort, Nets center Brook Lopez led all scorers with 33 points, four boards and three assists, while shooting guard Bojan Bogdanovic had 17 points and five boards of his own.

Up next, the Heat will remain on the road and look to win their six consecutive game on Friday night when they visit the Chicago Bulls (23-24) at United Center. The contest, which is scheduled to tip off shortly after 8:00 p.m. ET, will be broadcast live locally on Fox Sports Sun.
[xyz-ihs snippet=”Responsive-ImagenText”]