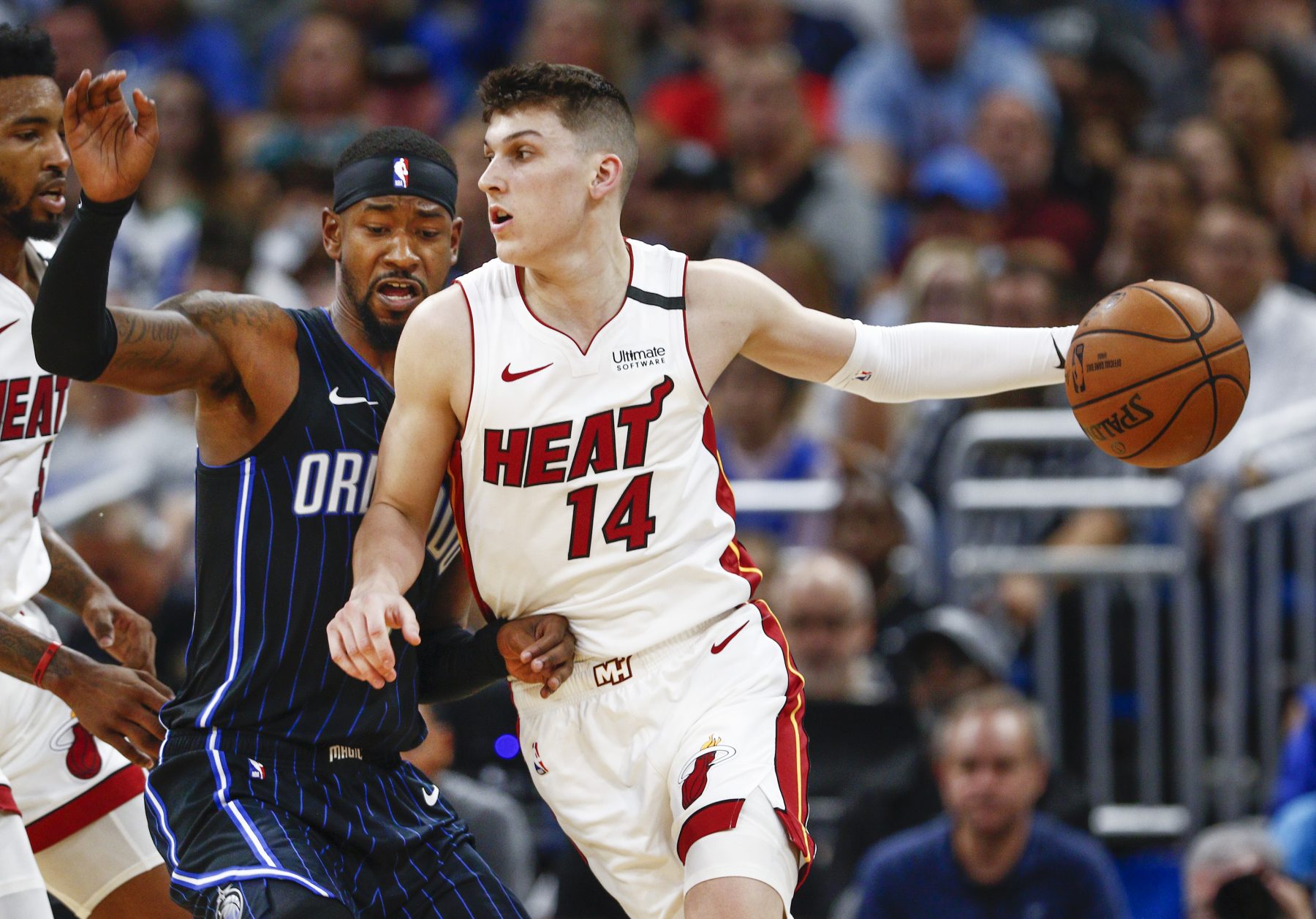 The Miami Heat will be shorthanded against the San Antonio Spurs on Wednesday night.

Rising rookie Tyler Herro will sit out due to a knee bruise. In addition to this being surprising news for fans, head coach Erik Spoelstra got the update recently as well.

Tyler Herro out tonight due to left knee bruise.

Spoelstra said he found out about Herro, "about two mintues before I walked in here." Was injured during Tuesday's practice, "We have these guys padded like they're Robo Cops."

The University of Kentucky product is among the best rookies this year. The shooting guard is putting 13.4 points, 4.4 boards and 2.2 assists per game this season. Herro’s scoring average is sixth-highest among first-year players.

While the No. 13 pick in the 2019 NBA Draft was expected to be good pick, no one expected Herro to be such a strong contributor this early into his tenure. The youngster has earned heavy minutes, put up game-winners and been an encouraging teammate this season.

The Heat will look to cease their two-game losing streak Wednesday against the Spurs, who are coming off a close victory against the defending champs.

Although Herro won’t suit up tonight, he won’t have to wait long to face the Spurs again as the two squads battle each other once more this Sunday.