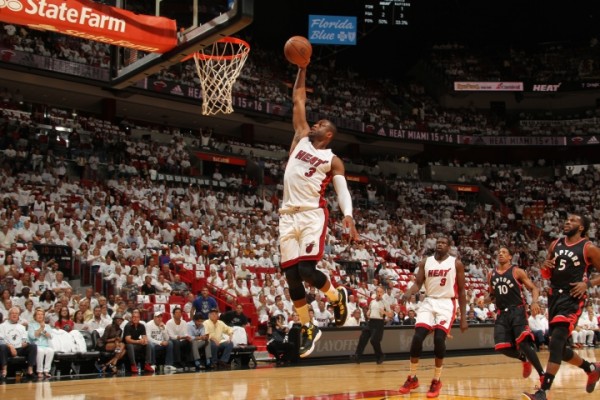 “I don’t think there’s any doubt this game was going to go into overtime,” Heat coach Erik Spoelstra said after the game. “It’s just one heck of a series.”

Superstar Dwyane Wade came through again in the clutch as the Miami Heat were down two with just 12.6 seconds remaining.

Wade drove past two defenders and beautifully rolled home a finger roll, to send the game into overtime.

“It looked dark for a minute,” Wade said, “but there was no quit in us.”

The three-time NBA champion said he used himself as a “decoy” in that overtime, after exerting himself in that fourth quarter.

“I was tired,” Wade said. “I was using myself as a decoy. All eyes were on me, and I wasn’t going to force anything.”

The Heat ended up beating the Toronto Raptors by a score of 94-87, as the biggest basket of the night came from point guard Goran Dragic, who made a crucial and-one layup to seal the game.

The series will shift to Toronto on Wednesday night as the Heat prepare for a must-win Game 5 at 8 pm ET.