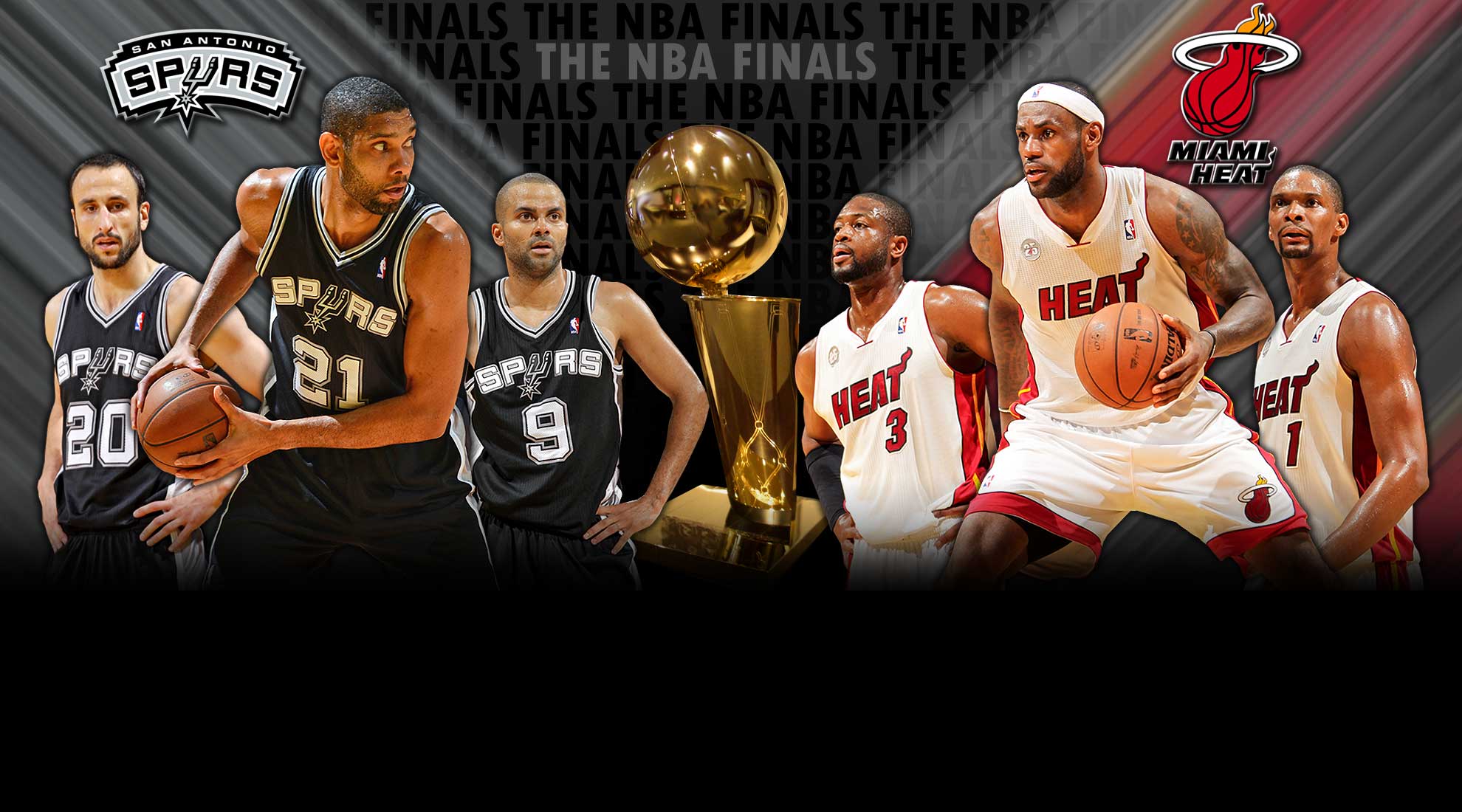 The Miami Heat has been one to make history. In order to win the NBA Finals against the San Antonio Spurs, they will have to rewrite the history books yet again.

The Heat find itself down 3-1 in the Finals best-of-seven series with game five to be played Sunday in San Antonio. No team in NBA history has ever come back to win the Finals after trailing 3-1 and Miami is fully aware of its predicament and what is at stake.

The Spurs defeated the Heat in Miami in games three and four with ease, blowing out the Heat by an average of 20 points. San Antonio has played with the sense of urgency that is necessary to win in the Finals, something Miami has done for two consecutive years but has yet to muster this year.

Throughout the “Big Three” era in Miami, the Heat has been able to turn the switch “on” when they are in need of more intensity, specifically defensively with the necessary shot of adrenaline to fight for every possession. That switch must be “on” for 48 minutes in game five to avoid elimination.

“Everything one at a time,” Chris Bosh said.  “One practice, one shot, one possession, one meeting, one quarter, one game. We’re forced to do that now and I believe in my guys; if anybody can do this it’s us. We have seen our fair share of adversity and this is adversity in all caps.”

James has carried his team to the Finals and continues to be a force in this series putting up gaudy numbers that are putting him in elite company in the record books. Averaging 27.5 points per game in the series, it will take an effort similar to game six of the Eastern Conference Finals in 2012 against the Boston Celtics for Miami to extend the series. Down 3-2 against Boston, James scored 45 points and grabbed 15 rebounds to propel the Heat to victory and force a game seven (which they went on to win). Without a bounce back win on the road in game five, James’ statistical accomplishments will dwell in comparison to potentially losing three-out-of-five NBA Finals.

Despite the numbers James has posted, he will need his cohorts to step up with their backs against wall in an elimination game. Dwyane Wade looked poised to be the second option after scoring 19 points in game one but faltered in game four. Wade made just 3-of-13 attempts from the field, missed four-of-eight free throws and looked unable to finish close to the rim. Although fatigue and an ailing injured knee may be cause for the collapse, no player at this point in the season will use the injury excuse. However, if Wade continues to struggle, look to see more from James Jones and Toney Douglas off of the bench.

“I’ve got to do a better job,” Heat Head Coach Erik Spoelstra said on Friday. “We’ve got a couple days to figure it out, but we’ll lay everything out, look under the hood, and see what we need to do.”

For Miami, Bosh has been the linchpin of success with the shaky play from Wade. In games one and two where Miami either had or kept the lead in the fourth quarter, Bosh averaged 18 points but on the contrary, he has only been able to average 10.5 points per game in the losses of games three and four. The Heat have no choice but to find a way to get Bosh involved in the offense albeit by pick-and-pop plays that allow him to knock down a shot from the mid-range, or by virtue of isolating him on the low block and allowing him to work his array of post moves.

It has be proven that the Spurs have a team-first mentality with each player unselfishly giving up the ball, making the extra pass to set up a teammate for an even higher percentage shot attempt. This style has resulted in San Antonio averaging a remarkable 106 points per game in the Finals. James’ and the Heat are well aware of the beat downs the Spurs have handed them despite being on the road.

“They smashed us two straight home games,” James said about the Spurs. “They came in and were much better than us in these two games, it’s that simple.”

Duncan, at the twilight of his illustrious 16-year career, has averaged 15.8 points and 10.5 rebounds per game in this year’s NBA Finals, which has led him to making history in game four. Duncan scored 10 points and grabbed 11 rebounds in game four, registering his 158th career playoff double-double, passing Magic Johnson for the most all-time. “Mr. Fundamental” or “Mr. Double-Double” if you will, has seen his scoring numbers dwindle each game, but in large part because of the success of Kawhi Leonard. The soft spoken Leonard, is not flashy, does not look to hype up the crowd with extracurricular gestures after a play, rather he is a team player, the epitome of what it means to be a Spur playing under  the tutelage of Gregg Popovich.

“That’s his nature, that’s who he is,” Duncan said about Leonard. “You let your play, your game, your winning do the talking.”

Leonard, 22, has had the daunting task of matching up against James when Boris Diaw is not in the lineup and has not had much luck stifling “King James”. However, in games three and four in Miami, Leonard erupted offensively, averaging 24.5 points per game after averaging just 9 points per game in games one and two. Leonard has found success making shots from anywhere on the court, making 17-of-25 over the last two games. Expect the same effort from Leonard offensively to take the pressure off of Duncan.

“It’s the motor that they are playing with,” James said about the Spurs. “We’ve watched film of us being on top of exactly what they are doing and they still make the shots.”

To even entertain the idea of breaking history, the Heat will have to start by winning game five on the road in San Antonio.

When asked about what he would tell his teammates minutes before taking the floor tomorrow, James said, “I have no idea; it would be in the range of why not us? History is broken all the time and obviously we know we are against the greatest of odds.”

It is not the position anyone in Miami expected, wanted or dreamed could even happen. But it’s the reality of an NBA Finals rematch from last year’s collapse that still pains San Antonio. The Heat will have its opportunity to extend the series and force a game six back in South Beach on Tuesday.