Miami Heat News: Dwyane Wade Out vs. Spurs Due to Personal Reasons 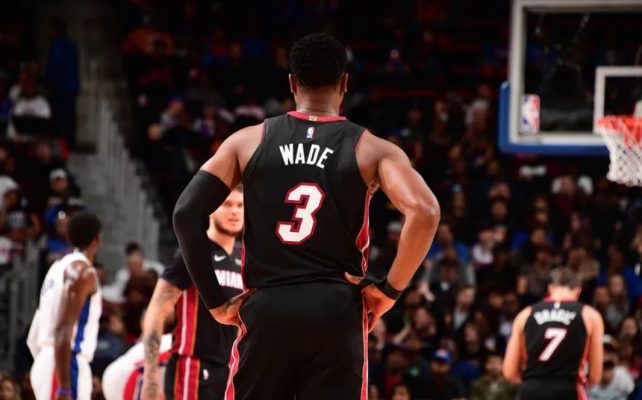 The injury report for the Miami Heat’s roster continues to change heading into Wednesday’s matchup with the San Antonio Spurs.

Hassan Whiteside is expected to play tonight. Goran Dragic is questionable with a right knee injury. Dwyane Wade will not play today due to personal reasons. James Johnson and Dion Waiters still out.

Guard Dwyane Wade will not play due to undisclosed personal reasons.

Hassan Whiteside, however, is available again after dealing with a knee injury he sustained on Saturday in the second half of a showdown against the Atlanta Hawks. Whiteside stated that the injury didn’t seem that serious, and was right as he returns to action after only missing one game against the Detroit Pistons.

Goran Dragic is questionable with a right knee injury that occurred during a win against the Pistons on Monday. He’d recently returned from being sidelined against the Hawks due to ongoing foot pain and could see extended rest time if the training staff deems it necessary for the bettering of his production through an 82-game season.

James Johnson (hernia) along with Dion Waiters (ankle) both still remain out. No set-in-stone timetables on their returns have been confirmed as of yet.

The Heat have yet to experience a fully healthy roster this season, as the likes of Dion Waiters and James Johnson haven’t logged a minute of playing time thus far. It seems as though when one player becomes healthy enough to return, another subsequently finds themselves on the injury list.
[xyz-ihs snippet=”HN-300×250-TextnImage”]