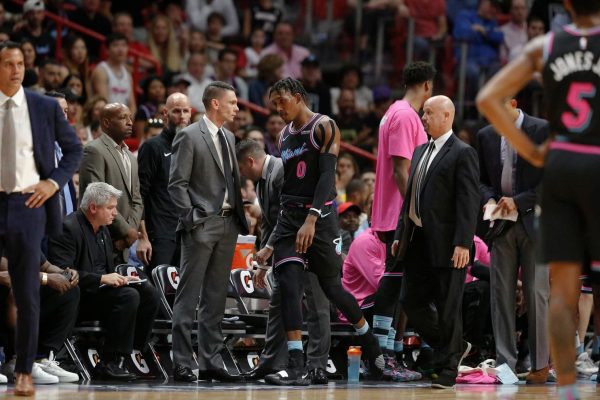 On top of a loss to the Los Angeles Lakers, Miami Heat forward Josh Richardson has been fined $25,000 after throwing his shoe into the stands on Sunday.

As expected $25,000 fine for Josh Richardson for his shoe fling.

Richardson had lost his shoe on a previous play while aiming to score on a possession. He then displayed his anger from not getting a foul call he believed he deserved, which led to the shoe-flinging incident. He was then ejected for the remainder of the game.

Richardson seemed overall frustrated due to the team’s performance that led to a 113-97 loss to the Lakers, which was spearheaded by superstar LeBron James’ dominating 51-point outing.

The league office has always taken measures to make sure that players understand that harm to fans or disrespect in any manner is never tolerated. Boston Celtics guard Kyrie Irving was fined $25,000 for a similar occurrence in which he flung a ball into the stands following a game against the Denver Nuggets.

Despite his hasty exit, Richardson finished the night with 17 points, six rebounds, and three assists in only 25 minutes of action.
[xyz-ihs snippet=”HN-300×250-TextnImage”]