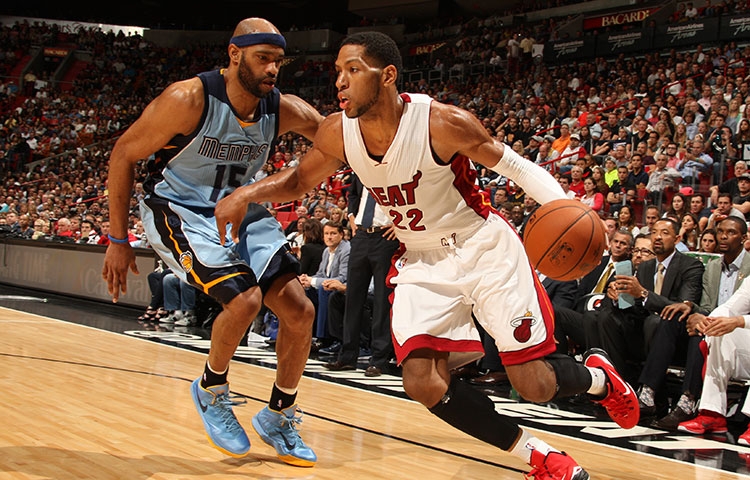 (Miami, FL) — 11. That’s the number of times the Miami Heat cut the Memphis Grizzlies‘ lead to within one or two points in the second half. However, Miami would get no closer the rest of the way as they fell to Grizzlies on Saturday night, 95-103.

“Every time they got to one or two, I thought we executed pretty well,” Memphis head coach David Joerger said. “We got stops when we needed to. … If we play that way, we’re going to win some games.”

The Heat received unexpected contributions from Danny Granger, who finished the night with 18 points and three rebounds, and Chris Andersen, who scored a season-high 13 points on a perfect 5-5 from the field.

Unfortunately, the offensive end of the floor wasn’t where Miami was lacking for most of the night. Miami simply had no answer for Grizzlies center Marc Gasol, who punished the Heat late and often inside the paint, finishing the night with 22 points, 10 rebounds, and two blocks.

The only big man who had somewhat of an effect on the 7’1″ Gasol was 7’0″ Hassan Whiteside, who finished the night with a season-high seven rebounds, but showed his lack of maturity as he often got the Heat into foul trouble as he ended with five fouls in 16 minutes.

Dwyane Wade led the way for Miami with 25 points to go along with seven assists as he continues to play at a high level without the Heat’s starting center Chris Bosh, who has now missed eight straight games with a strained right calf.

“We gave ourselves a chance to win,” Wade said. “That’s all we can do.”

Miami will look to redeem themselves as they take on a Southeast division rival in the Orlando Magic, who are coming off a win against the Charlotte Hornets.