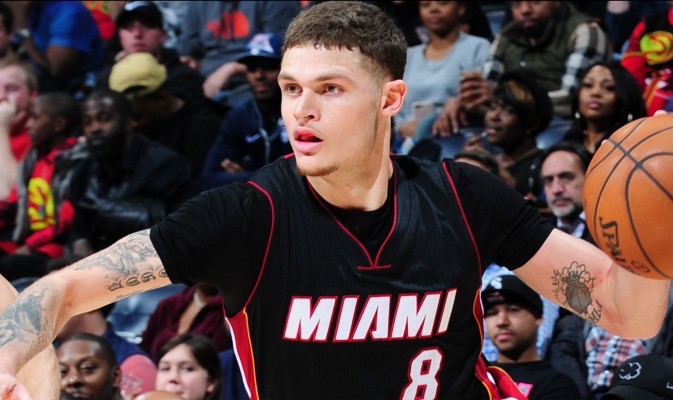 Hawks star power forward Paul Millsap returned to the starting lineup after missing the previous three games with a hip injury, and he, along with Dwight Howard proved to be too much for the short-handed Heat.

Miami was on its second night of a back-to-back and still missing a number of key players due to injury including: Dion Waiters, Justise Winslow, Josh Richardson, James Johnson and Luke Babbitt.

Atlanta led virtually the entire night, though Miami never let the lead grow too large. The Heat were only down 53-46 at the half, before they rallied in the fourth quarter to cut the Hawks lead to just three at 83-80. The momentum then shifted back in Atlanta’s favor after Hawks swingman Thabo Sefolosha slammed home a putback dunk off a missed three-point attempt by Mike Muscala. The Hawks simply ran away with it from there.

“We had an opportunity, 83-30, with a handful of minutes to go and then ‘bang, bang, bang’ they just scored every possession,” Heat head coach Erik Spoelstra said after the game.

Much of Miami’s struggles stemmed from the inability to get Hassan Whiteside going. The Heat big man was double and triple-teamed throughout the game and couldn’t seem to break free offensively. He was held to just eight points. After the game, Spoelstra credited the Hawks for their defensive efforts against Miami’s 7-footer:

“Well, that’s what they do and they do a very good job of that. They protect the paint, they put multiple bodies at the rim, they bring a third defender (down) there,” said Spoelstra.

Perhaps the lone bright spot for Miami was Tyler Johnson, who led the way with a season-high 27 points and five assists.

“I just felt in a good rhythm.” Johnson said after game. “I felt it yesterday even though the numbers didn’t show it. I was starting to see how I could just slow (the game) down. I think tonight I was just being patient. I’ve got to continue that moving forward.”

Goran Dragic added 21 points while Wayne Ellington chipped in with 19. As for Atlanta, it was consistent domination from its big men. Howard scored 23 points and pulled down 17 rebounds, while Millsap notched 21 points and grabbed nine boards.

Both teams had been struggling headed into Wednesday night’s matchup, each holding losing records on the season. A large factor in Atlanta’s struggles of late had been the absence of Millsap, but now that he’s back, the Hawks look to be in fine form.

Meanwhile, the Heat must continue to compete with a majorly depleted roster against the East-leading Cleveland Cavaliers on Friday, then follow that up with a trip to Chicago to face former Heat guard Dwyane Wade on Saturday.

“You know, I’ll go to war with the guys we have here any day for sure,” Tyler Johnson said of Miami’s depleted lineup. “We’re not using (injuries) as an excuse because the other teams aren’t going to feel bad for you. It’s tough, but at the same time, we still have enough to win games.”

Hopefully Tyler Johnson and the rest of his Heat teammates can keep their confidence high enough to make things difficult for their upcoming opponents, because right now, Miami is desperate for wins.
[xyz-ihs snippet=”Responsive-ImagenText”]