Kawhi Leonard Admits Refs Were in His Favor vs. Miami Heat 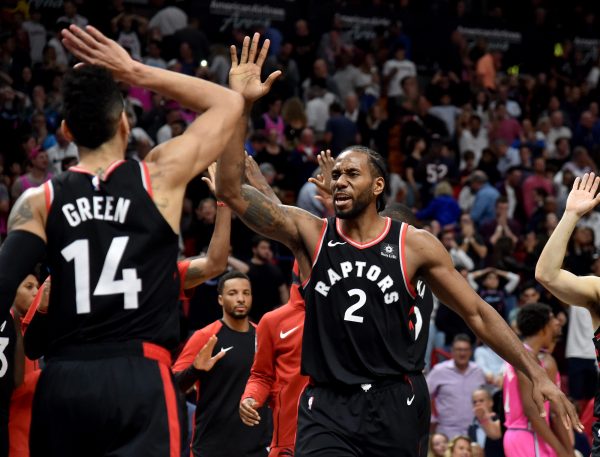 After his team’s 106-104 victory against the Miami Heat on Wednesday night, Toronto Raptors forward Kawhi Leonard admitted that the referees were in his favor during the game.

Leonard attempted 11 free throws during the game, which was just one less than the entire Heat team combined. As a team, the Raptors shot 23 free throws compared to the Heat’s 12. When it came to fouls committed, the Raptors had 16 while the Heat had 17.

Throughout the game, the 27-year-old was constantly talking to the referees about how he thought that the Heat players were holding him.

Kawhi Leonard repeatedly telling the refs he is being held by Heat players. Had stared them down earlier while play was going on, before hitting a three-pointer. Went over to them again after Heat timeout and described what he thinks is happening.

The San Diego State University product, who scored 30 points and grabbed eight rebounds during the game, was the driving force behind the Raptors’ comeback win. Toronto was down by as much as 17 in the third quarter before it came storming back to take the lead, and the game altogether.

Miami had been on a five game winning streak entering the contest and was looking to get over .500 for the season for the first time since late October when it was 3-2.

Even with the loss, the Heat remain in the eighth and final playoff spot in the Eastern Conference standings and are just a half game back of the Detroit Pistons, who sit in sixth.

The Heat’s next game will be at home on Friday against the Cleveland Cavaliers. Tipoff is scheduled for 8 p.m. ET.
[xyz-ihs snippet=”HN-300×250-TextnImage”]