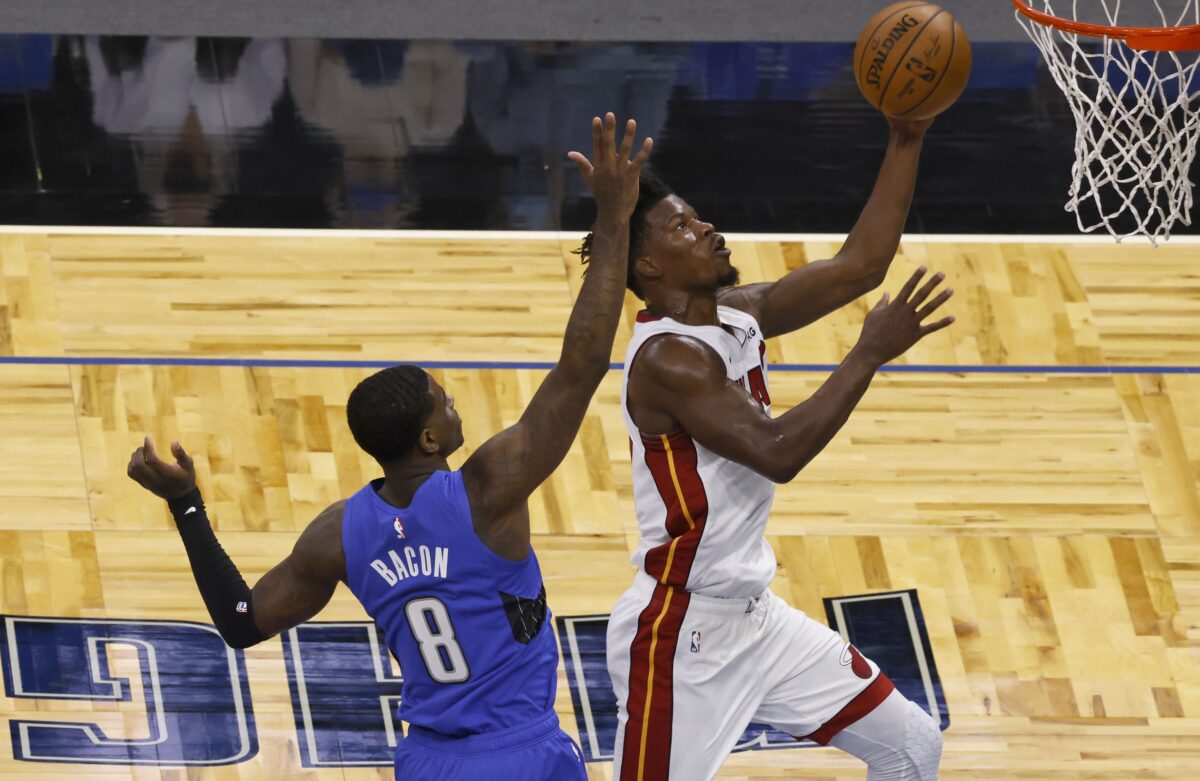 Miami Heat veteran Jimmy Butler’s status for the team’s Christmas Day matchup against the New Orleans Pelicans is in doubt because of a sprained right ankle suffered in the Heat’s season opener.

Jimmy Butler listed as questionable by Heat for Christmas Day vs. Pelicans, with right ankle sprain, having twisted it Wednesday in Orlando.

Butler was the driving force for last year’s Heat squad that ultimately reached the NBA Finals.

His absence on Friday would deliver a stiff blow to the Heat after Wednesday night’s 113-107 loss to the Orlando Magic.

Of course, Butler’s intense approach to the game means that he’ll make every effort to take the court and fight through whatever pain he has to endure.

However, the Heat training staff and head coach Erik Spoelstra will likely take a broader look at the situation.

That’s because Friday’s game is only the second game of the season. Even if the Heat were to lose, the defeat would be minor in nature.

Letting Butler rest the injured ankle could avoid a situation where he might end up dealing with a nagging problem for a longer period of time.