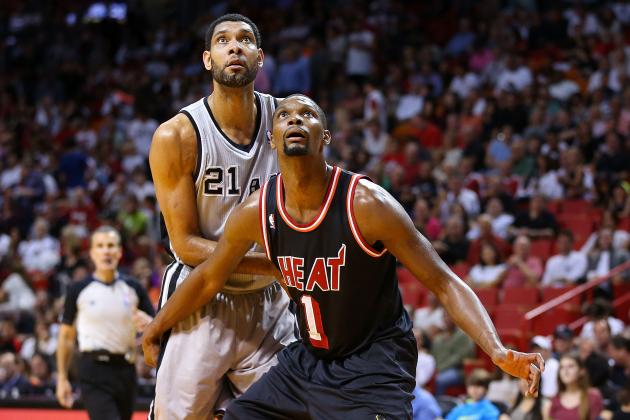 (San Antonio, TX) – The Miami Heat (21-28) will try to recover from Wednesday night’s road loss to the Minnesota Timberwolves when they take on the defending NBA champion San Antonio Spurs (31-18) at the AT&T Center on Friday night.

It will be the first meeting between the two teams since game five of last year’s NBA Finals, which the Spurs won 4-1.

The Heat led by as many as 10 points in the fourth quarter against the Timberwolves, but a combination of missed shots, turnovers and a resilient Minnesota team turned what looked like a sure win into a disappointing loss.

Center Hassan Whiteside, who is enjoying a breakout season, was a perfect 11-11 from the field through most of the first three quarters, and finished the game with 24 points and 20 rebounds.

Following the loss, however, Whiteside told reporters he could not celebrate his individual performance, “It looks good, but when we lose it really doesn’t mean anything.”

A frustrated Erik Spoelstra summed up his team’s play down the stretch in one sentence, “Our execution as a whole in the fourth quarter left a lot to be desired.”

The Heat have lost two straight games and four of five overall, and have slipped to eighth place in the Eastern Conference, with the Brooklyn Nets a half-game behind.

After missing a month due to a torn ligament in his right hand, Spurs forward and reigning NBA Finals MVP Kawhi Leonard returned to action on January 16. The Spurs have gone 7-2 since that time, and are 22-9 overall when Leonard plays.

The last time these two teams met, the Spurs beat the Heat 104-87 in game five of the NBA Finals last June to clinch their fifth title since 1999.

But Friday night’s game will hardly be a rematch.

While the Spurs’ championship roster is essentially unchanged since that last matchup, Miami has made significant personnel moves – both deliberate and involuntary – over that time, beginning with the departure of LeBron James to the Cleveland Cavaliers.

Tipoff is set for 9:30 pm ET from the AT&T Center in San Antonio, and the game will be broadcast nationally on ESPN.
[xyz-ihs snippet=”Responsive-Ad”]