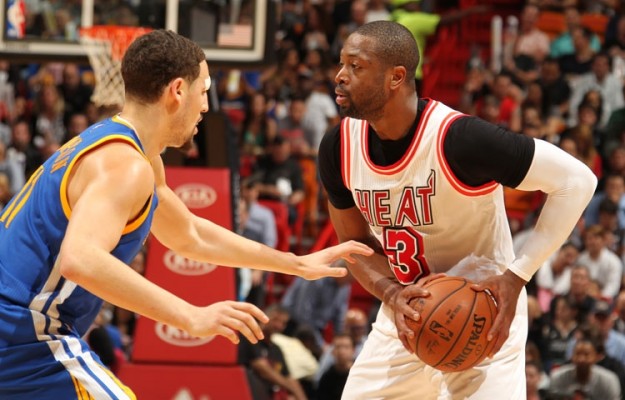 After the first quarter, it looked like the Miami Heat were on their way to a victory over the league-leading Golden State Warriors.

The Heat dominated the defending champions in the first quarter and led 30-21 at the end of the period. But then the Warriors showed why they’re the best team in the NBA.

The Warriors slowly clawed back and entered halftime trailing by just four points. Until the very end of the game, Golden State’s largest lead was only four points due to the fact that the Heat actually led for the majority of the night.

In spite of this, Klay Thompson scored 15 straight points for the Warriors midway through the fourth quarter. Not to be outdone by his teammate, Stephen Curry knocked down a couple of huge treys late in the fourth to close the game for Golden State.

The Heat may have lost the game, but there is no shame in losing to a 51-5 team. Wednesday night showed that Miami is taking steps in the right direction and the team’s performance displayed why they could advance deep in the postseason this year.

Here are five takeaways from the Heat’s 118-112 loss to the Warriors:

1. Josh Richardson Will Be a Key Player to Watch for the Rest of the Season 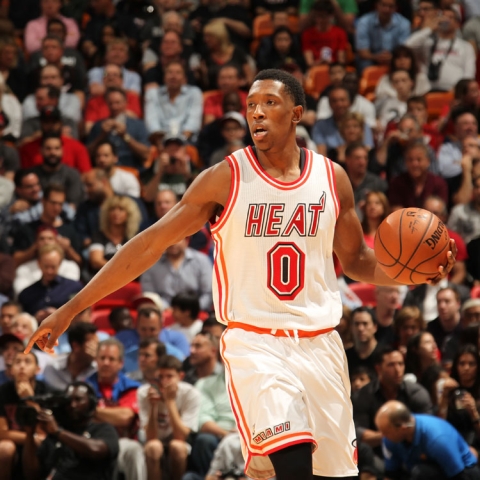 Josh Richardson is a second-round draft pick that has played sparsely up until this past month.

To Richardson’s advantage, the Heat have lost both Tyler Johnson and Beno Udrih to season-ending injuries over the past several weeks. With the Heat shorthanded in terms of depth, they’ve had no choice but to play Richardson huge minutes.

Wednesday night was another example of Richardson playing well in big minutes. The University of Tennessee product scored 15 points and played tenacious defense while appearing in 29 minutes of action. This is just five nights after the guard led the Heat with 36 minutes played in a 114-94 win over the Washington Wizards.

The Heat will make a push towards one of the Eastern Conference’s top three seeds over the last two months of the season and there is little doubt that Richardson will play a key role along the way.

Next: Dwyane Wade Is Still the Heat’s Go-to-Guy