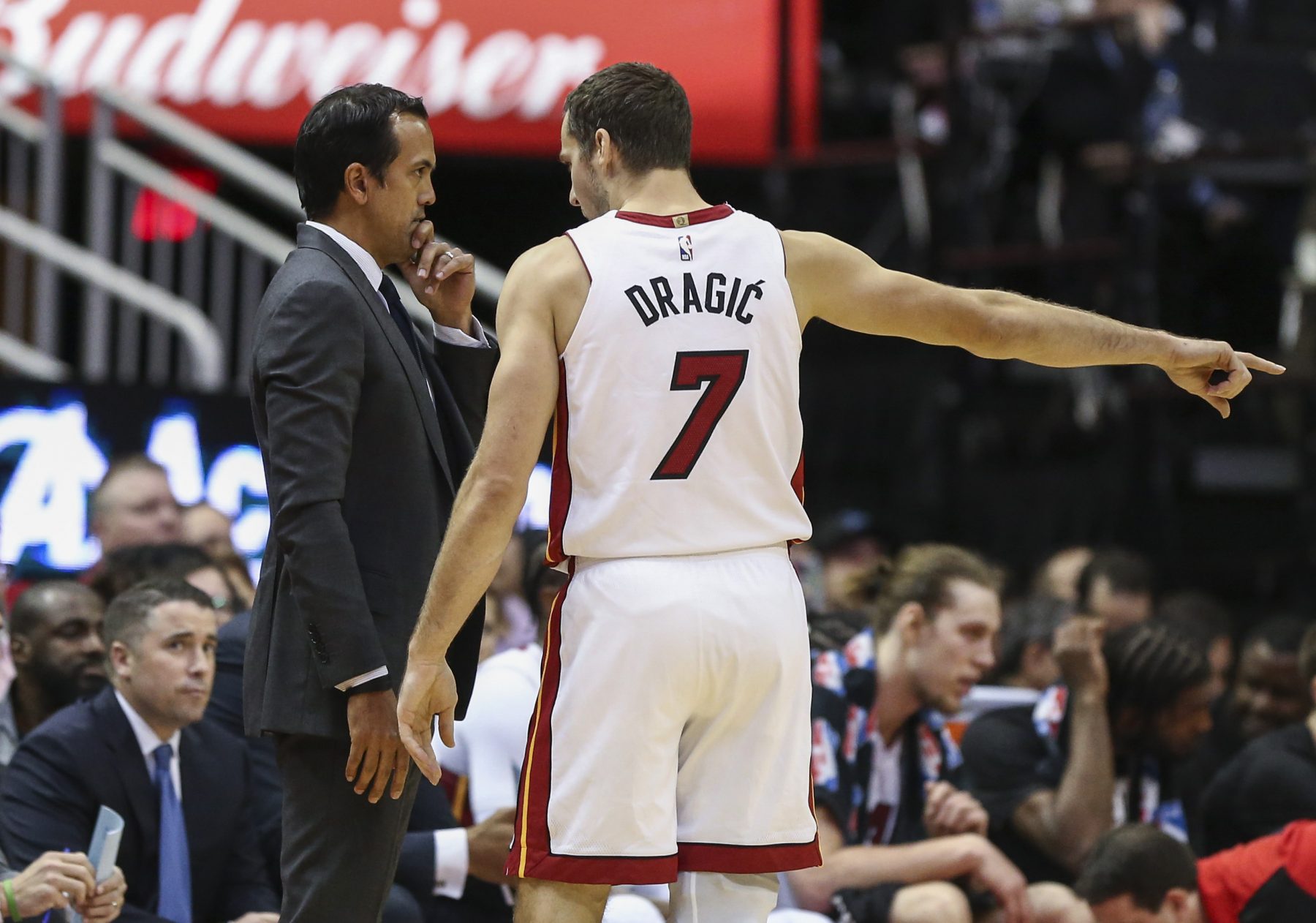 After Miami Heat guard Goran Dragic was ruled out of Monday’s game against the Atlanta Hawks, Heat head coach Erik Spoelstra offered more insight into why the decision was made.

The absence of Dragic will be the second consecutive game the team has been without him after he missed Saturday’s blowout win over the Brooklyn Nets. Prior to that, he was attempting to get back in sync after having been out since December because of knee surgery.

While the Heat continue to battle for a playoff berth, their opponent on Monday night enters the contest with a 22-42 mark. That’s seven games behind the Heat, who are currently in 10th place among Eastern Conference teams.

The next opportunity for Dragic to play will come on Wednesday, when the Heat travel to Charlotte.
[xyz-ihs snippet=”HN-300×250-TextnImage”]