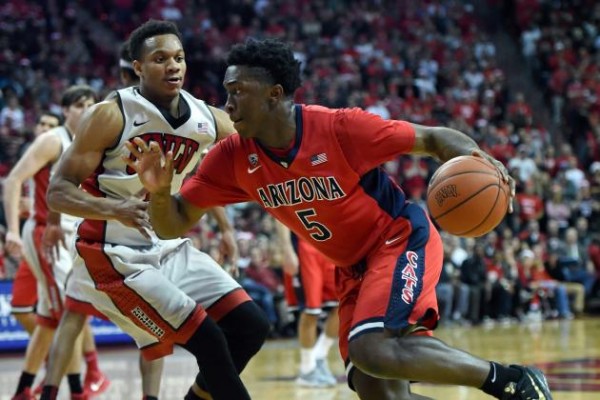 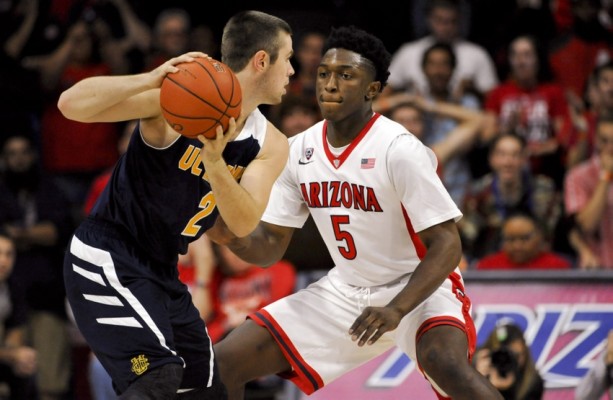 As mentioned earlier, Johnson is a lot like former Defensive Player of the Year World Peace and reigning DPOY Leonard. His stature, style of play and perimeter defense eerily resemble that of both players.

Johnson will likely never be a No. 1 offensive option on a team, but he is more than capable of putting the ball in the basket. His aggressive nature leads him to slash to the paint very often.

He’s not a great three-point shooter by any means, but he can spot up from beyond the arc and hit his fair share of shots. During his lone season at Arizona, he nailed 37.1 percent of his three-point field goals.

His efficiency as a shooter leaves some to be desired (44.6 percent from the field at Arizona), but he remains an unfinished project capable of growing as a scorer. He goes to the free-throw line at a decent rate (4.7 per game in 28 minutes per contest) and already possesses the ability to score in the paint and knock down three-point jump shots.

Essentially he’s a versatile threat on the offensive end that would fit perfect as a second-tier option on any basketball team. Whether he’s starting at small forward or coming off the bench for the Heat, he will more than hold his end on the offensive side of things.

When it pertains to defense, this is Johnson’s greatest trait. Because of his solid stature and well-built physique, he can guard up to three positions—power forward, small forward and shooting guard.

In fact, he can actually play all three positions making him a tweener of sorts.

The Heat have a great defensive presence in the paint in Whiteside. Imagine a player capable of being a lockdown defender on the perimeter?

That’s what you could have in Johnson.

(Continue on next page for Johnson’s weaknesses)