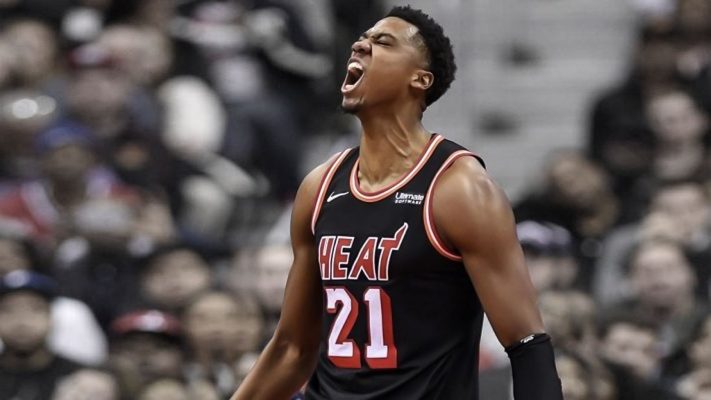 The Miami Heat career of center Hassan Whiteside began on Nov. 24, 2014, after he was released twice by the Memphis Grizzlies in less than a month. Given the fact that he had a grand total of 19 games of NBA experience with the Sacramento Kings and had spent a good portion of his professional career in the D-League, expectations were limited about his future with the team.

However, the 7-footer far exceeded such a minimal bar by offering a glimpse of his potential. During that first season in Miami, he averaged a double-double in his 48 games, then led the league in blocked shots in his first full season with the team. He also managed to improve on that double-double average, with his reward being a four-year contract from Miami that will pay him $98 million over the span of that deal.

The first year of that lucrative contract saw Whiteside lead the league in rebounding, giving the Heat a strong presence in the paint. Unfortunately, year two of the contract saw injuries enter the picture as well as a breakdown in the relationship between Whiteside and both head coach Erik Spoelstra and team management. 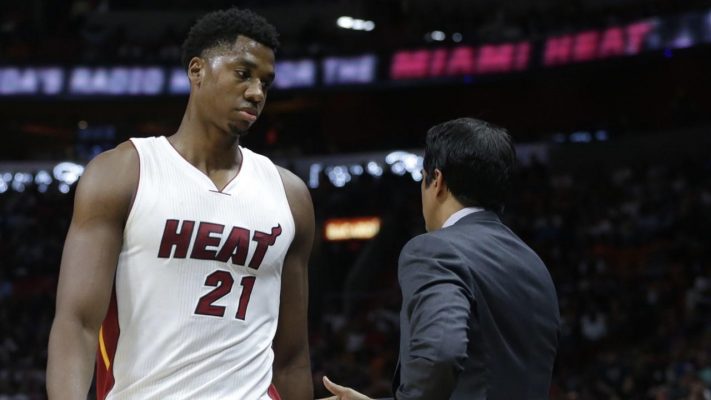 Complaints from Whiteside about his lack of playing time garnered no sympathy from Spoelstra, with the Heat front office taking notice of the big man’s dip in production when he did play and his overall attitude. That’s led to Whiteside being a frequent topic of offseason conversation for all the wrong reasons. He’s been on the trading block, but the remaining $52 million on the final two years of his contract and the aforementioned problems have resulted in minimal, if any interest from other teams.

Heat fans have no doubt witnessed this decline and it seems likely that their patience with Whiteside is also running out. The amount of money he’s being paid serves as one of the triggers for such a response, but there are ways for the 29-year-old veteran to get back into their good graces.

Throughout his time with the Heat, Whiteside has had monster games where he delivers either in the scoring or rebounding column, or both. Unfortunately, he’s also had too many games where he’s seemingly invisible, which should be impossible for someone his size. That’s a frustrating puzzle that’s yet to be solved.

It’s aggravating for everyone involved to continually watch this issue emerge, with fans who pay plenty uncertain about which version of Whiteside they’ll be seeing on any given night. When they get the bad version, they express their aggravation through booing. That approach can change simply by delivering a more consistent performance.

2. Let Your Play Do the Talking 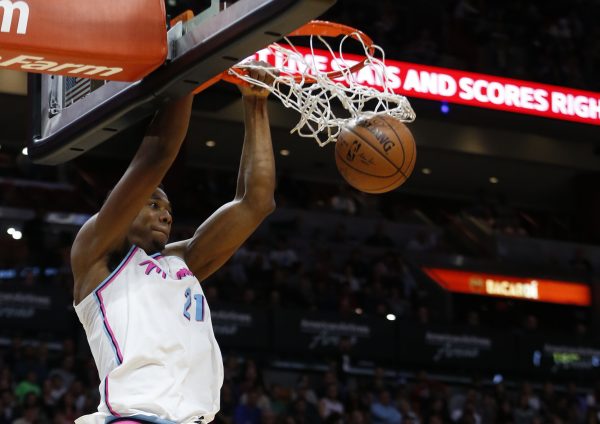 One reason that Whiteside’s star dimmed so considerably last year was that his mouth was seemingly more aggressive than his play on the court. Constantly complaining about playing time is annoying for fans and everyone else to listen to on a regular basis, especially when that play isn’t trustworthy to warrant more action.

Focusing exclusively on finding a way to force Spoelstra to play him is Whiteside’s best option right now. That means channeling whatever past and current frustration exists into a more aggressive presence that can mean more scoring opportunities and rebounding chances. It can also be used on defense in swatting away opposing shot attempts.

It seems odd to offer such counsel to someone who turns 30 years of age next June, yet this suggestion goes hand in hand with the preceding bit of advice. Frustration seeps into every job at some point, with many employees in standard professions having few ways to properly address the issue.

That’s not the case when it comes to Whiteside, who needs to realize that his reputation with fans and others has taken a major hit over the past year. Even though he has two more years left on his deal with the Heat, his constant carping won’t win over too many teams in 2020, when he has the opportunity to sign another deal. They’ll either either see him as a clubhouse cancer that’s not worth the trouble or low-ball him with an embarrassing offer. Either way, a continuing lack of maturity isn’t much of a sales pitch.

4. Take More Leadership of the Team

The Heat have had veterans like Dwyane Wade and Udonis Haslem serve as team leaders for more than a decade, but they won’t be around much longer and may even be heading into retirement. Regardless of what they decide, a winning team needs someone who can deliver on the court and also hold his teammates accountable.

Heat fans expect Whiteside to be a key building block for the team, which means that they expect him to be a leader. Yet it’s hard to be a leader when your teammates can’t rely on you on a game-to-game basis or have to deal with perpetual griping. One easy way to eradicate that image is to embrace the mantle of leadership and all that entails.

Since it’s not likely that the Heat will find someone in the near future that wants to acquire Whiteside, the expectation should be that he’ll be with the team when the season begins in October. Wiping the slate clean of all the chaos that’s taken place in recent months means that he should strongly consider the above advice. At least that way, he’ll have the fans on his side.
[xyz-ihs snippet=”HN-300×250-TextnImage”]