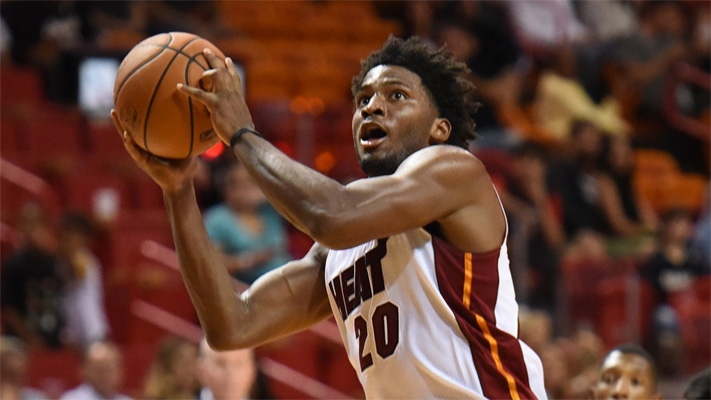 Justise Winslow’s impact for the Miami Heat has been astounding this season.

When one looks at Winslow’s statistics—7.3 points, 4.6 rebounds and 1.4 assists per game—you wouldn’t think much of the 19-year-old’s impact on the Heat through the first eight games of the season.

But if you delve deeper into the statistics such as how the team performs when he’s on the court compared to when he’s off of it, there’s a huge difference. Zach Harper of CBS Sports details the tremendous impact Winslow is having as a 19-year-old rookie (through the team’s first seven games):

“There can be a lot of noise in individual net rating statistics, especially this early in the season. But the Heat have just flat-out been better with the rookie on the floor. In the 140 minutes with Winslow on the bench, the Heat hace been outscored by 9.2 points per 100 possessions. In the 197 minutes Winslow has played, they’re outscoring opponents by 19.4 points per 100. A difference of 28.6 points per 100 possessions doesn’t even seem real, but his activity has affected the game demonstratively.”

Making matters even better for Winslow is that opponents are shooting at a 32.8 percent clip when he defends an attempt. They shoot 9.1 percentage points higher versus other defenders.

At the present moment, the University of Duke product comes off of the bench. However, he is consistently closing out games in the fourth quarter. Through the first eight games of the season, he has played more fourth quarter minutes than any other Heat player.

Head coach Erik Spoelstra had nothing but positive things to say about his No. 10 overall pick:

“He’s committed to it. I don’t want to put too much right now on his shoulders. It’s what’s required. When he comes in off the bench, this is a dynamic wing league. This is a league of speed, quickness, of athleticism. Guys who can do a lot at the 6-foot-6 to 6-foot-9 range.”

His coach at Duke, Mike Krzyzewski, explains why Winslow is this good on defense so early on in his career:

“He already has the physical strength of a man in his mid-20s. He’s not a teenager as far as strength goes. He’s very well balanced in addition to having strength and he’s beyond his years mentally. He doesn’t overcommit himself. He’s right, focused and then he has the body to be focused. And he wants to play defense. He checks every box as far as being an outstanding defender and he can defend multiple positions.”

The Heat are outscoring opponents by 72 points when the rookie is on the court.

Winslow likely won’t win any awards or honors in his rookie campaign, but if the Heat are to truly have a chance at contending for a championship, the 19-year-old rookie will likely be the x-factor.
[xyz-ihs snippet=”Responsive-Ad”]