Should the Heat Start Resting Dwyane Wade in Back-to-Backs? 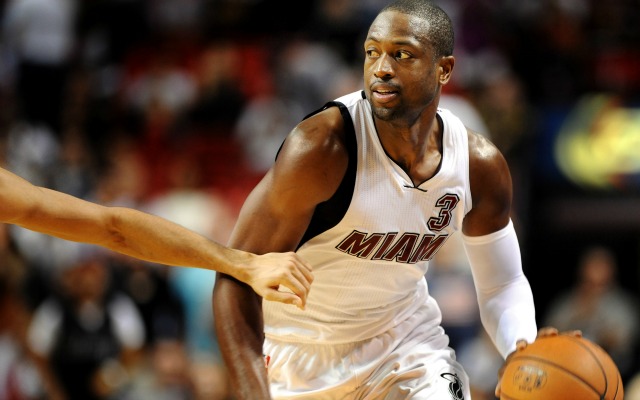 Dwyane Wade is having himself one hell of a season thus far in the 2015-16 campaign.

While many continue to count him out and prematurely label him as “washed up,” he continues to show up every night to prove the doubters wrong. Wade holds current averages of 18.5 PPG, 4.4 APG and 3.9 RPG. He’s doing all this while averaging less than 30 minutes per game.

The 13-year veteran has evolved his game into a one-of-a-kind mastery of craftiness and efficiency. However, as Wade approaches his 34th birthday, the question of resting Wade for back-to-back games begs to be answered.

Sure, last summer was the first time since 2008 that Wade didn’t have to endure the rigors of the playoffs; he was allowed extra time to rest his aging legs. Still, the three-time NBA champion has always had trouble making it through a full season without missing significant time.

Recently, Wade was asked about the idea of a “maintenance plan,” particularly in relation to being rested for back-to-backs.

He made his thoughts clear:

We can’t fault Wade for not wanting to beat a dead horse. He despises being asked about his health and even when blatantly battered and bruised he tends to insist he’s perfectly fine.

So why even consider the extra rest?

1. The Miami Heat look like serious contenders in the East this year.

2. The emergence of Gerald Green gives the team a bit of cushion at guard.

Green has really come on as of late, averaging 15.6 PPG and shooting 54.5% from the field and a staggering 53.8% from beyond the arc over his last five games. The former Phoenix Sun would likely thrive if given the nod to start at shooting guard in the event that Wade sits out.

3. Miami can maintain their defensive-minded scheme against the weaker teams without Wade.

There are some truly terrible teams in the NBA this year, particularly in the East. Miami ranks fifth in the NBA in defensive efficiency. They can surely assert their will on that side of the ball if Wade sits games against bottom of the barrel teams.

4. This is the deepest Heat team we’ve seen in years.

Erik Spoesltra has put his undying faith in his group of guys this year. If Wade potentially sits out the second game of a back to back, Spo will likely run more of the offense through Chris Bosh while relying on guys like Green, Beno Udrih, Tyler Johnson and Justise Winslow to fill in the blanks. We know what Bosh can do when given the extra looks. There’s no doubt he becomes more dangerous with the ball in his hands. As far as Udrih, Johnson and Winslow, none of them are high-volume scorers but they are known to knock down the shots they take and provide efficient scoring in bunches.

No player on this Heat team has made more playoff appearances (10) than Dwyane Wade. While getting there is one thing, playing through the heightened intensity of a playoff atmosphere is an entirely different animal. Wade is well-versed in the rigors of playoff battle and as the three-time champion is the only guard on this team to ever play significant minutes in the playoffs, the Heat will need him in prime form in order to lead this team to the next level.

Even if Wade manages to make it through the regular season unscathed by the injury bug, father time is still undefeated. Granted, the Heat need to make it to the playoffs first, and Wade’s help will be needed to get there, but if 48 minutes of rest here and there throughout the season helps preserve the legs of Miami’s favorite son and future Hall of Famer, Erik Spoesltra will, at the very least, have to consider the idea, whether Wade likes it or not.
[xyz-ihs snippet=”Responsive-Ad”]