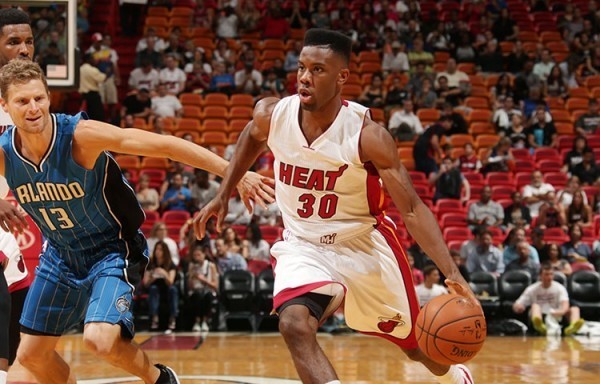 The Miami Heat have played a collective total of three games thus far, going winless in the process.

The highlight of the Heat’s preseason through one week of play was their overtime loss to the Cleveland Cavaliers this past Saturday. The game marked the first time LeBron James played his former team, Miami, since signing with the Cavs in July.

The Heat trailed by as many as 20 points, but rallied back to force the game into overtime.

While much of the attention during the game was placed on LeBron and his former ‘Big Three’ castmates, Dwyane Wade and Chris Bosh, younger players such as James Ennis and Shabazz Napier were the real stars of the game.

The preseason is not as significant for established players such as Wade and Bosh, as it is for evaluating young players and rookies such as Ennis and Napier. Both players could play key roles in the rotation for Miami in the upcoming season.