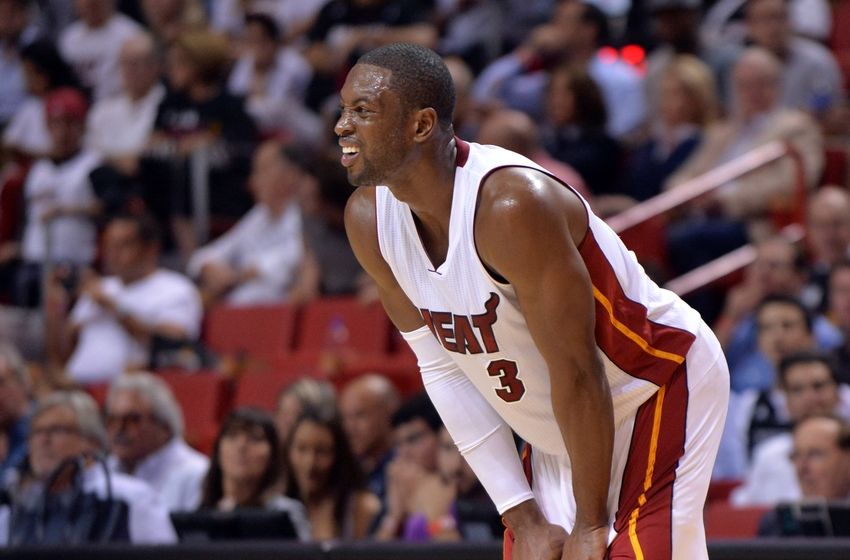 If one were to look at the Miami Heat‘s record, they would immediately think of one word–mediocre.

Through 12 games of the season, the Heat stand at 6-6, good for sixth place in the Eastern Conference. At just a game over .500, the team has had their hot-and-cold moments. Miami was the last unbeaten team in the conference when they started out 3-0 before falling to the Houston Rockets.

Since that time, the Heat have gone 3-6, including a three-game losing streak to sub .500 Eastern Conference teams such as the Atlanta Hawks, Indiana Pacers and Bucks. During that three-game stretch, Miami averaged just 87.3 points per game, while giving up 95.3 per contest.

Some of the reoccurring issues that have plagued the Heat popped up during that losing streak–lack of rebounding, bad team defense and a stagnant offense due to the absence of Dwyane Wade for two of those games.

The team’s go-to option, Chris Bosh, had one of the worst stretches of his career, as he shot just 24 percent from the field while averaging 13 points per game and just five boards a contest.

Following the loss to the Bucks on Sunday night, Bosh made the following statements in regards to his underwhelming play:

“This team is relying on me to do a better job, and I have to make sure I do a better job…..it’s frustrating. The past couple of games, the shot haven’t fallen. I’m still trying to find my rhythm, really everywhere. It just seems to elude me.”

Outside of the lackluster play of individual players, the team’s rebounding issues continue to persist–in an 81-75 loss to a Pacers team missing David West and George Hill, the Heat were outrebounded 53-28.

Wade stated that rebounding has been an issue for “many years:”

“Rebounding has been an issue for so many years. I’ve been here for that story…..It’s always been an issue. We have moments. Like in the first half of the Dallas game, it was an issue. I thought we did a better job in the second half collecting ourselves…you can’t lose like that on the glass and expect to win.”

And when the Heat have rebounded and displayed excellent ball movement, they’ve played pitiful defense–during the loss to the Hawks, Miami scored 103 points, but allowed 114.

After the loss to Atlanta, coach Erik Spoelstra commented on the Heat’s inability to establish a defensive tone:

“Against an offensive team like this we felt that without Dwyane on the road that we scored enough to give ourselves a chance to win. But we never got to the defensive disposition and mindset that you need in order to win against a team like this in this building.”

While the Heat’s issues have been glaring, another issue that hasn’t received enough attention are the team’s injuries. Key players other than Wade such as Josh McRoberts, Danny Granger, Chris Andersen, Justin Hamilton and Udonis Haslem have all missed games due to injury.

Granger recently made his first appearance of the season in the win over the Nets, Haslem missed the first five games of the season, Andersen missed five games due to a rib injury, Hamilton has missed seven games due to an abductor strain, and McRoberts has been sidelined for four contests due to his toe injury.

Four of the five aforementioned players are big men, while Granger has the ability to play the power forward spot, and was considered the team’s top option to be their sixth man entering the season.

All of the injuries have contributed to a lack of team chemistry due to the re-shuffling of the team’s lineups. James Ennis has already started at small forward this season, while Granger was given a start in his first appearance of the season due to Luol Deng sitting out because of a wrist injury.

We have yet to see this team at full strength for a single contest this season. Outside of Bosh and the young players such as Ennis, Norris Cole, Mario Chalmers and Shabazz Napier, every key member of the Heat’s rotation has missed significant time thus far.

The attention and hoopla surrounding the Heat’s start has calmed down over the past couple of weeks. Teams such as the Toronto Raptors, Washington Wizards and Chicago Bulls continue to impress and remain consistent.

While it’s true the Bulls have had their issues with Derrick Rose the Wizards with Bradley Beal, neither of those three teams or any team in the NBA for that matter, has had their roster decimated by injuries as much as the Heat have.

Until the Heat’s roster is at full health and has time to gel, nobody knows this team’s peak yet–or its identity for that matter.
[xyz-ihs snippet=”Responsive-ImagenText”]