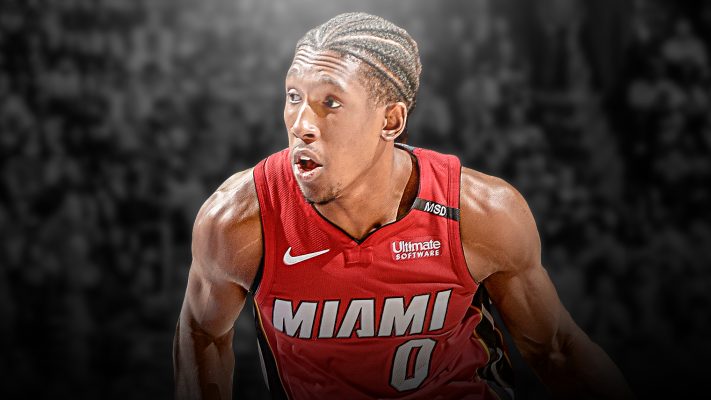 The Miami Heat‘s quest to acquire veteran small forward Jimmy Butler from the Minnesota Timberwolves is going to require them to give up one of their rising young talents in exchange.

One of the players mentioned in a potential deal is Heat guard Josh Richardson, whose statistical numbers from last season might be causing the team to reconsider any thought of trading him away.

This may change my mind.

Maybe this is why the Heat are reluctant.

Neither player was considered a cant-miss talent when they entered the NBA. Butler, who’s beginning his eighth season in the league, was the 30th overall pick in the 2011 NBA Draft when he was selected by his original team, the Chicago Bulls. In comparison, Richardson was a second-round pick of the Heat in 2015, the 40th overall selection.

Butler turned 29 years of age on Sept. 14, while Richardson turned 25 just one day later. The four years of added wear and tear on Butler’s body are likely being considered by Heat management, while the financial comparisons between the two are definitely getting its attention.

This season, Butler is scheduled to make $19.8 million and will almost certainly opt out of the final year of his contract to become a free agent next July. That next contract could conceivably force the Heat to pay him twice that amount, given the four-year, $155 million contract demand Butler reportedly gave the Timberwolves.

In contrast, Richardson is already under contract with the Heat for the next three years and is making slightly more than $30 million over the next three years. He has a player option of $11.6 million for the 2021-22 season, but regardless of whether he opts out of that final year, the cost for having a similar type of player would be prohibitively less expensive

Comparing a single season’s worth of numbers for a player and projecting them into the future doesn’t always deliver an accurate assessment. Still, with the financial investment the Heat would have to make if they traded for Butler, the better idea going through the heads of the Heat’s brain trust at the present moment might simply be to walk away.
[xyz-ihs snippet=”HN-300×250-TextnImage”]