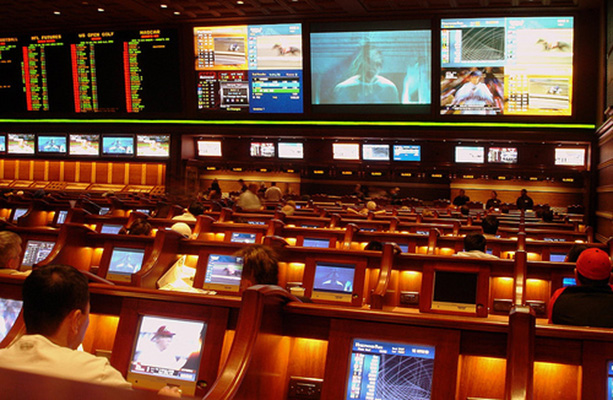 With the regular season approaching, oddsmakers around the world are readying for the inevitable floodgate of money that will be wagered on the 2014-15 NBA season. No, individual game lines aren’t out yet, but we do have access to projected regular season win totals. All sorts of factors come into play when making win totals—advanced stats, schedules, and a whole host of other variables, but at the end of the day, they’re simply a way to establish the number of games a given team is expected to win.

For the novices out there, think of it like this: Oddsmakers throw out a number; if you think the team wins more than that number, bet the over; if you think the team wins less than that number, bet the under. And even if you don’t have the willingness to risk hard-earned money on basketball games, you can still keep an eye on the win totals for the sake of entertainment.

So where do the Miami Heat find themselves on the regular season win total totem pole? Well, it’s no shocker, but the loss of forward LeBron James certainly hurt. The over/under for Miami’s total wins in 2014-15 is set right at 43.5 wins according to SportsInsights.com. They’re also 30-1 to win the NBA Championship this season. To emphasize just how much the loss of LeBron hurt Miami (as well as other roster modifcations), consider the fact that around this time last season, Miami’s win total sat at 61.5 games, and the odds of a Miami Heat championship in 2013-14 were right at 2-1. That’s an incredible deviation from last year, and while the oddsmakers don’t like Miami’s chances to win it all, you have to keep in mind that they’re not indicators of the future necessarily.

Just last season, the San Antonio Spurs were 10-1 to win the NBA championship, and they ended up winning 62 games—seven games above their projected win total. The Miami Heat, despite their 61.5 total, went under; Miami only managed to notch 54 games, and their overall performance throughout last season was noticeably worse than the year before. If these numbers are indicative of anything, it’s that tremendous value from a fan and gambler’s perspective exists with this Miami Heat squad for 2014. Miami still managed to retain Chris Bosh; they’re ready to roll out a revitalized and slimmer Dwyane Wade; they’ve acquired supremely underrated forward Luol Deng, and expectations are surprisingly low. Despite making the NBA Finals three years in a row, people are already counting out a team that still retains two-thirds of a formerly formidable trio, and most of their roster has postseason experience.

Intangibles aside, this is still a team easily capable of making it to the Eastern Conference Finals on talent alone, and yes, this is a team that could easily beat anyone in the East in a seven game series. While some might say 43 games is right on the money, that number is likely an overreaction to the loss of a player like LeBron James. Of course, players will have to step up and replace LeBron’s output, but even at 30-1, you have to like Miami’s chances, Heat fan or not.
[xyz-ihs snippet=”Responsive-ImagenText”]