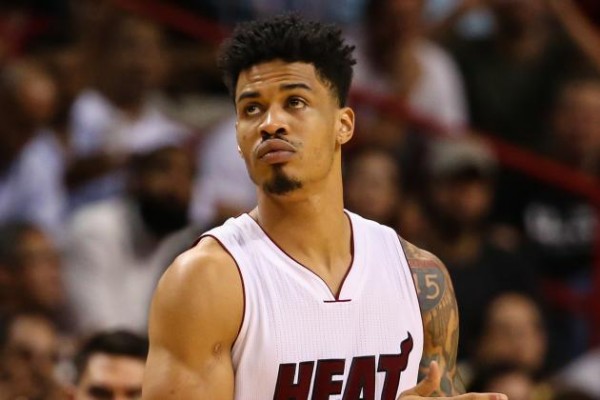 Gerald Green has played for eight different teams in his nine seasons in the NBA.

Despite being an athletic swingman capable of playing both the small forward and shooting guard position, Green has yet to find an NBA city that he can call “home.” The 29-year-old hopes that he can call Miami his home for the long term by improving what is perceived as his weakness—defense:

“I’m trying to find a home, and can’t Miami be my home? That’s where my intentions are. So what is a Miami Heat requirement? To D-up. I know if I want to be here the rest of my career, (forget) offense. I gotta D-up. That’s where my mind is at.”

Since being selected with the 18th overall pick in the 2005 NBA Draft by the Boston Celtics, the Miami Heat swingman has bounced around various teams in the league. In fact, Green was absent from the NBA for a two-year period as he played overseas in Russia and China. He even had a stint with the Los Angeles Lakers on their summer league team in 2010.

For those that aren’t aware, Green is currently on a one-year deal with the Heat. After having a breakout season in 2013-14 with the Phoenix Suns where he averaged 15.8 points in 28.4 minutes per game on 40 percent shooting from beyond the arc, his statistics and playing time dipped in 2014-15. He averaged just 11.9 points on 35.4 percent from three-point range and saw action in just 19.5 minutes per game.

Teammates Dwyane Wade and Chris Bosh have complimented him on his improved defense so far this year, says Green:

“When you’ve got guys encouraging you and saying, ‘Hey man, you’re doing a good job,’ that makes me want to go even harder. That makes me really want to push myself and see how good I can be.”

According to the NBA’s advanced stats, Green is facing nine shots per game and holding his man to 37.4 percent from the field. That places him third on the Heat, behind Goran Dragic and Josh McRoberts.

Even head coach Erik Spoelstra has taken notice of the 29-year-old’s improvement on the defensive end:

“He’s learning what it takes to make winning plays on a winning team on both sides of the floor. That was part of our discussion this summer: What do you want to be a part of? What do you want out of your season?

If the previously offensive-minded Green continues to commit to defense for the remainder of the season, it would come as no shock if the Heat continue to play at an elite level as a result.
[xyz-ihs snippet=”Responsive-Ad”]