Miami Heat: Chris Bosh Not Living Up To Max Contract? 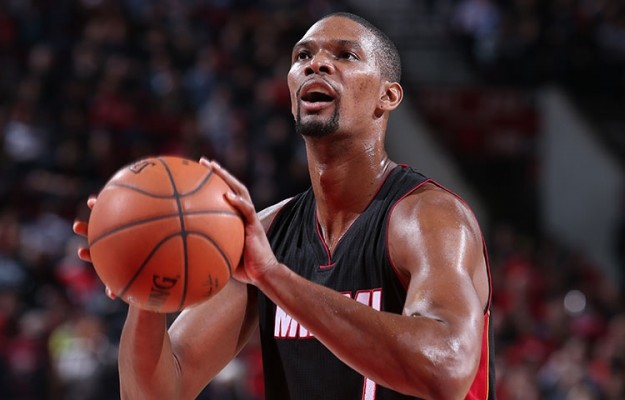 When the Miami Heat signed Chris Bosh to a five-year, $118 million deal in the summer of 2014, it was supposed to mark a new era in franchise history.

Just days after LeBron James spurned the Heat for his hometown Cleveland Cavaliers, Miami offered Bosh a maximum contract—a clear indication that the franchise was ready to hand the “keys” to the 12-year veteran.

A four-time MVP had just left town and Dwyane Wade—the face of the franchise before LeBron arrived—was coming off a season in which he underwent a “maintenance program,” which limited him to just 54 games.

Many had expected a drop-off for the 33-year-old shooting guard, which would result in the Heat relying on Bosh—not Wade—as the No. 1 option in the offense.

Bosh seemed excited to take on the “leading man” role after the departure of LeBron:

“I think sometimes you miss it. You wonder if you can still do it and step up to the challenge. I haven’t had to be that guy. I played with the best player in the world. I didn’t have to be the alpha. But now, I get to see if I have it in me, and not many people are going to believe I have what’s necessary. But that’s what makes it exciting.

Through the first several games of the season, Bosh appeared comfortable in his new role. Over the first four games, Bosh led the Heat to a 3-1 record while leading the team in scoring in each of those games. During that stretch, the veteran center averaged 24.5 points and 10.5 boards on 50 percent shooting from the field.

Bosh had clearly demonstrated more aggressiveness in the absence of James and with Wade taking on more of a complimentary player role. In that four-game stretch, Wade averaged just 17 points and 14 field goal attempts per game as the clear No. 2 option in the offense.

Unfortunately, that pecking order quickly dissipated in November and December with Wade taking on a leading role and Bosh fading into the supporting role he’s grown comfortable with over the past four seasons as the third amigo in the “Big Three.”

In the month of November, Bosh averaged 21.3 points per game on 44 percent shooting. In comparison, Wade averaged 20.5 points on a much more efficient 52 percent from the field.

The 6’11” power forward specifically talked about having a more all-around game following his contract signing in July:

“But I feel I’m a much better leader and a much better player, and I’m much more prepared for the role, the all-around role, that they need me to fill. That’s exciting for me to really challenge myself and step up to the plate next year and make sure we get it done, no matter what happens.”

The problem with this, is although Bosh remains one of the better scorers at the big man position, his all-around game leaves a lot to be desired. His rebounding per game remains stagnant at 7.3—before Hassan Whiteside made an impact for the Heat in January, it was Bosh who was Miami’s leading rebounder. In other words, the team depended upon CB to be “the guy” on the glass.

The result of that expectation? The team ranks dead last in rebounding at 38 boards per contest. That isn’t some new revelation—the Heat have remained last in the boards department since November.

Some can make the argument that “Flash” was on a hot streak in November and December and CB rightfully took a step aside, but that simply isn’t a good argument—Bosh’s field goal percentage was lackluster, and his lack of aggression can be seen in a number of key statistics.

Some food for thought—Bosh averaged 6.5 attempts at the charity stripe in November when he appeared to be playing more in the post. In December, that number dropped down to 4.3 trips to the line per game.

In late December, the big admitted he needed more touches in the post, via Shandel Richardson of The Palm Beach Post:

“Just getting closer to the basket. I think I’ve been outside a little bit too much. It’s a little easier to kind of float around and shoot a couple more threes but I need to get back to my game, which is 15 feet and in. I want to get to the post a lot more and I think I’m a lot deadlier when I’m closer to the basket. Those two-point shots are a lot better than 20 feet.”

While there have been a number of times that Bosh has stated that he needs to be more aggressive or that he will play more in the post, it doesn’t seem to translate on the court. 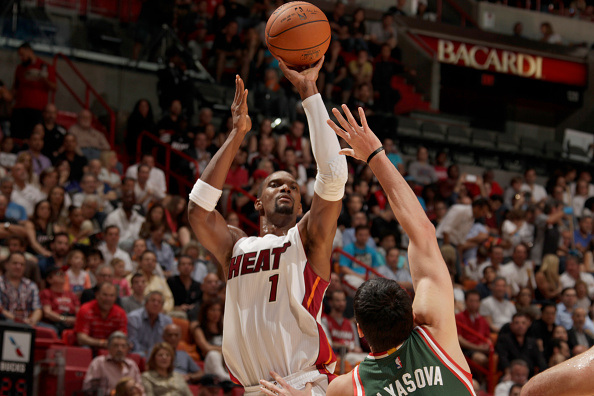 He continues to average 4.8 field goal attempts per from 15-19 feet. Perhaps more troubling is that Bosh averages 2.7 shots from 20-24 feet and 2.1 attempts per from 25-29 feet. Speaking from an overall standpoint, 9.6 of Bosh’s 16.8 FGA’s per game is from 15 feet or beyond. That is the definition of a mid-range jump shooter.

From within five feet of the basket, he is putting up just 3.3 shots a contest and is converting on 54 percent of shots from within that range. Compare that to his field goal percentage (40.6 percent) when shooting from 15 feet and beyond, and now you understand why Bosh’s reliance on jump shots rather than bullying people in the post is an annoying habit.

The Heat are currently slotted as the East’s eighth seed and are just half a game ahead of the Brooklyn Nets for the final playoff spot in the conference. The team remains several games under .500. The last time Miami was above the .500 mark? December 1 when they were 9-8.

Here’s the bottom line—Bosh is who he is. He will be 31 years old in March. He will not evolve into this dominant post player and he won’t remind anybody of Zach Randolph. The Heat’s current starting power forward is a scorer who relies heavily upon the mid-range and long-range game in order to score points.

With Whiteside quickly proving himself to be Miami’s best two-way player and Wade still remaining the best option on offense, it is clear that Bosh won’t be the franchise’s “leading man” any time soon.

While that was fine back when the Heat were winning championships with James and Wade as the leading men, it’s not OK when Bosh is earning $23.7 million a year—the third-highest mark in the league.

The Heat paid Bosh to be the franchise player that would lead the club into championship contention over the next half decade.

It’s being quickly proven that CB is at his best when he’s the third wheel rather than the head honcho.
[xyz-ihs snippet=”Responsive-Ad”]

chris boshFeaturedmiami heatNews Ticker
← Previous Story Can The Miami Heat Still Make Playoffs Without Dwyane Wade?
Next Story → 5 Players the Miami Heat Should Look to Trade for by the Trade Deadline