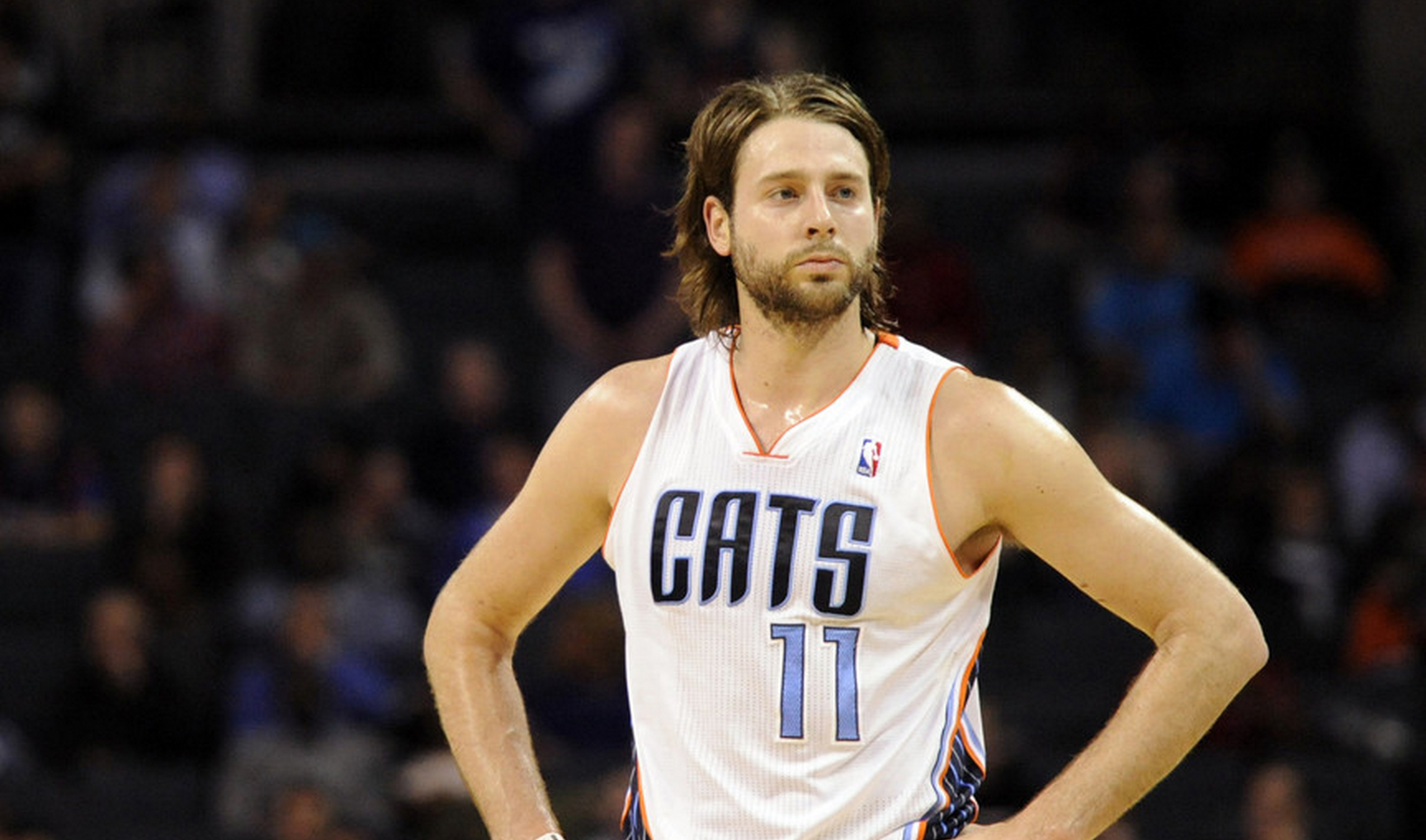 Josh McRoberts has never seen a stage this large, lights this bright and expectations this enormous throughout his six-year career. As a true journeyman in the NBA, McRoberts has never been on a team that has held him to championship expectations and standards. Despite a career statistical year last season with the Charlotte Bobcats (will be Hornets next season), McRoberts enters a situation that could make his career larger than he’s ever imagined. Starting at power forward for the four-time defending Eastern Conference champion Miami Heat this upcoming season, McRoberts has the chance to elevate his game and stature to heights that neither the basketball world or the man himself would’ve expected.

Besides, McRoberts has never been on a title contender throughout his career and has been past the first round just once (2011-12 Los Angeles Lakers in 66-game lockout season). This Heat team is poised to break through the hype of the LeBron James-led Cleveland Cavaliers, the lofty championship hopes of the Derrick Rose-led Chicago Bulls and the young and hungry will of the John Wall-led Washington Wizards, all for another shot at an NBA championship. Having been a career 5.7-point, 4.2-rebound-per-game journeyman, McRoberts came of age last season, averaging 30 minutes and 8.5 points per game alongside All-Star Al Jefferson for a formidable then-Bobcats front court. Despite the inflation in numbers, it was McRoberts’ versatility and court vision that got the attention of several franchises during free agency, as the former Duke Blue Devil managed to stretch defenses with a 36 percent clip from the three-point line, while turning in an astounding (for a power forward) 4.3 assist average in 70 contests.

The Heat certainly felt McRoberts’ emergence as a go-to player during the first round of this past postseason, as he put together three double-digit scoring performances in the four-game sweep, adding 6.7 rebounds and 3.7 assists per contest. Included in McRoberts’ coming-out party was a rough forearm to James’ throat during Game Two of the series, which was only deemed a shooting foul, but led to a fine and an answer to the basketball question: Who in the heck is Josh McRoberts?

Transitioning from Jefferson to fellow All-Star forward-center Chris Bosh could be compared to turning in a 2013 Porsche for a 2014 Porsche. Both are great players, but Bosh is more versatile on the perimeter and more used to the pressures of playing for a title contender. While McRoberts’ distributive skills will certainly give Bosh more open looks from the elbow or beyond the arc, Bosh will demand that his fellow starter bring more intensity than just one forearm to a man’s throat. McRoberts will be playing major minutes against the likes of new Cavalier Kevin Love, new Bull Pau Gasol and veteran Pacers forward David West, all of whom are capable of leaving dents in the most critical of contests.
[xyz-ihs snippet=”Responsive-ImagenText”]

The Heat were last in rebounding and arguably a vulnerable squad when it came to the paint last season; with James no longer around to cover up the deficiencies of the front court, one could say that McRoberts is now the man who has to clean up for James’ absence on the inside. James was a perimeter player at small forward, but spent a lot of time filling in at the power forward spot throughout his four years in South Beach, as the position was never a solidified one throughout the era of the Big Three. McRoberts will be the first to attempt to finally bring some actual power to that spot, but will face the greatest challenge to his suddenly burgeoning career: maintaining consistency for a team that could surprise many if he is able to battle with the big boys of the Eastern Conference.

McRoberts fits into the defense-first scheme that Head Coach Erik Spoelstra demands from his lineups. Having made the All-Atlantic Coast Conference Defensive Team at Duke, McRoberts brought a “dirty work” approach to every team he’s played for, drawing the hard fouls and disrupting penetration as a solid paint defender. Heat fans would be clamoring for that same defensive prowess to make its mark on a 30-40 minute basis for the season, for that could push a constant top-10 defensive team into arguably the stingiest group in the league. After all, defense does win championships.

The two playoff defeats of the Big Three era saw premier power forwards Dirk Nowitzki (Dallas Mavericks in 2010-11) and Tim Duncan (San Antonio Spurs in 2013-14) overwhelm the Heat in a lopsided NBA Finals. Miami has always been hot at other positions, but has remained (at best) a work in progress at the power forward role. McRoberts shouldn’t be expected to be the all-mighty solution to such talents as Nowitzki (26 points, 9.6 rebounds per game and 2011 NBA Finals MVP vs Heat) and Duncan (15.4 points, 10 rebounds per game vs Heat in Finals rematch), but he has to provide an edge unforeseen to this squad in recent years. McRoberts arguably can be the most formidable power forward on the roster, as Udonis Haslem and Chris Andersen have cemented their places as role players moving forward. There are no excuses for McRoberts not to be a playmaker on this Heat team, but that’s not what he was brought to South Beach for. Pat Riley doesn’t build rosters with title hopes for the near future; he arranges teams to win now.

Joel Anthony was never a scorer. Michael Beasley was never a consistent professional. The Heat demands that its incumbent starting power forward be both and much more, as McRoberts’ legacy could shine bright or fade forever into obscurity. It all depends on how McRoberts views playing with proven champions in Dwyane Wade and Bosh, competing for a franchise that is led by a marquee head coach and president and committing to win more than just games, but championships as well.
[xyz-ihs snippet=”Responsive-ImagenText”]

Featuredjosh mcrobertsNews Ticker
← Previous Story How Accurate are the 2014-2015 Projections for the Miami Heat?
Next Story → Which Players Need to Step Up For the Heat?