Luol Deng Looking for a More Consistent Season in 2015-16 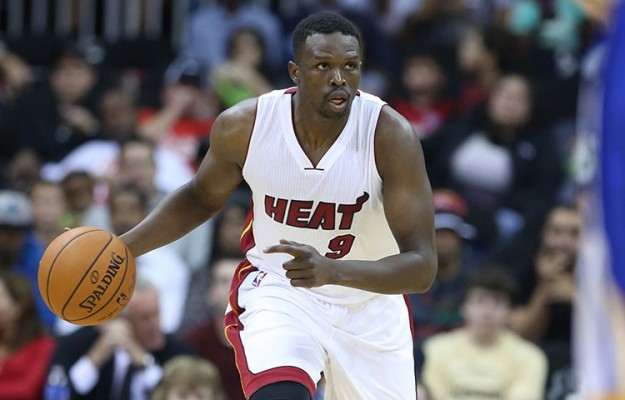 Luol Deng was hardly the difference maker many expected when he was signed prior to last season.

When Deng was signed after LeBron James bolted for the Cleveland Cavaliers, Pat Riley called the transaction “one of the biggest signings in (Miami) Heat history.”

What actually transpired however, was a solid, but quiet campaign for the Heat small forward. While Deng was the most healthy player on the roster last season, he didn’t exactly step up to lead a Heat team that was desperately lacking in consistency during the 2014-15 season.

He averaged just 14.0 points, 5.2 rebounds and 1.9 assists per game, all below his career averages. The scoring and rebounding figures were his lowest averages since his rookie season. Deng acknowledged that he wasn’t a very consistent player in 2014-15:

“It’s very hard to judge what I can do from last year. It was a year where you saw Luol Deng at his best and Luol Deng at his worst. There wasn’t consistency … As long as we keep the group together and everyone is healthy, you’ll be able to see a more consistent me.”

While his conventional statistics were mediocre, the advanced metrics showed off a more positive picture—Deng led the team in win shares (5.4) and ranked second in value over replacement player (1.5).

Dwyane Wade believes his teammate is more comfortable with the system entering his second season:

“He’s just more comfortable. Does that mean there’s gonna be an explosion in his production? No one knows that, but I think mentally he’s in a better place. He’s comfortable with the environment and he knows what to expect and he knows what he’s gonna do. He’s a little more settled now… That’s gonna help a lot.”

A few things to expect from Deng this season—more cuts to the basket and more three-point attempts.

Head coach Erik Spoelstra has already stated his desire for the 30-year-old to cut to the basket more often this season. In regards to Deng shooting more three-pointers, the small forward shot 35.5 percent from beyond the arc on 220 attempts last season. It was the second-highest efficiency of any player on the team.

“I want to take a lot more threes this year,” Deng said after Friday morning’s practice. “I’m shooting a lot every day to make it more a part of my game. I’m challenging myself to get my percentage even higher this year.”

With Deng likely the fourth scoring option on the team entering the 2015-16 campaign, he’ll have to give himself scoring opportunities without the ball more often than he did last season.

If Deng is able to find consistency in that role, it will go a long way towards establishing the Heat as true contenders in the Eastern Conference.
[xyz-ihs snippet=”Responsive-Ad”]