How Justise Winslow Has Taken His Offensive Game to Another Level 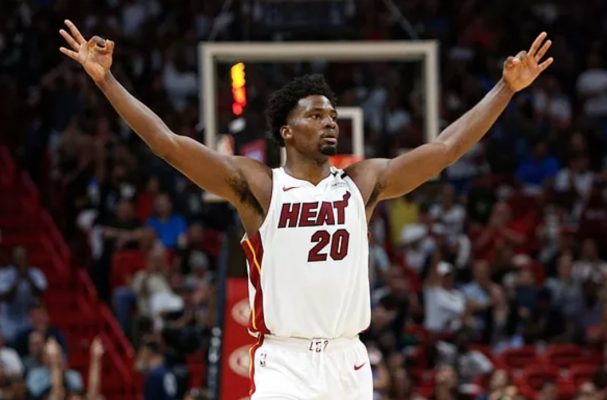 Justise Winslow’s emergence as a star is something that the Miami Heat have been waiting for since they drafted the versatile forward in 2015. It took more than three years, but Winslow is starting to show signs that he’s finally going to be the player the Heat hoped he would become when they drafted him.

His rookie season was highlighted by many of the typical trials and tribulations rookies endure. He was inconsistent, but the Heat finished third in the Eastern Conference with Chris Bosh and Dwyane Wade leading a strong supporting cast. Winslow was free to develop without being forced into a starring role before he was ready.

In his second year, injuries cut his development short. A wrist injury sidelined Winslow early and after returning, a shoulder injury ended Winslow’s second season prematurely. It was a lost year for the 20-year-old.

Finally healthy, year three was supposed to be when Winslow finally put everything together. Unfortunately, the 2017-18 season was marred by inconsistent play that was becoming a trademark of Winslow’s career.

The 22-year-old is finally showing signs that he’s ready to take the next step and assume a prominent role for head coach Erik Spoelstra. Some may argue that his recent play is fool’s gold, but there’s evidence that this recent hot streak could be a sign of things to come.

Hottest Streak of His Career 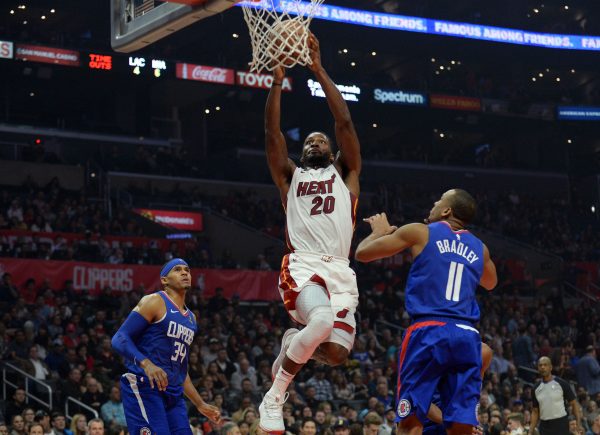 Calling Winslow inconsistent through the first three years of his career is a valid criticism. In fact, it may even be an understatement. Winslow has always been a player with the tools necessary to succeed in the NBA, but the annals of the league are filled with talented players who never reached their full potential.

There was evidence to support the belief that the same fate would befall Winslow, but his most recent stretch of play is painting a much different picture.

In the last 10 games, Winslow has a plus-minus of 81. The Heat are 5-5 in those games. In Winslow’s previous 12 games, he posted a minus-57 and the Heat were 3-9 in those games. It appears that Winslow has turned a corner. Of course, these are small sample sizes, but Winslow is improving with each game.

Look at Winslow’s four most recent games. He’s averaging 19.5 points, 6.2 rebounds, and 4.7 assists per game. Not only is he putting up solid box score stats, but he’s doing it efficiently. He’s shooting 54.5 percent from the floor and 51.7 percent from three-point range.

More Than a Scorer 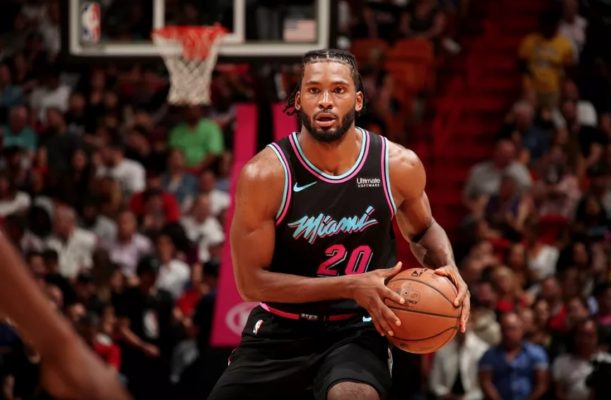 In addition to his scoring, Winslow is impacting the game in different ways. If he’s ever going to develop into a star, he needs to become a complete player. His recent hot stretch is proof that he’s capable of doing so.

On Dec. 8 against the Los Angeles Clippers, Winslow’s shot was not falling. He finished the game with 19 points and shot 7-for-16 from the floor. That’s a respectable night, but he struggled from beyond the arc, shooting 1-for-7 from three.

Rather than continue to force the issue with his jumper, Winslow decided to attack the basket, leading to opportunities for his teammates. He finished the night with a career-high nine assists. Furthermore, Winslow and Bam Adebayo showed unbelievable chemistry in the pick-and-roll. Winslow used his athleticism to attack the defense and find the open man.

He was crucial in a late fourth-quarter run that turned a nail-biter into a blowout victory. In short, Winslow’s ability to lead an offense as a facilitator and not just a scorer is a great sign that he’s ready to take the next step.

If he can strike the right balance between looking for his shot and finding his teammates, the Heat may finally be getting the star they have been waiting for.

Winslow is playing as well as he’s ever played in his career. The normally up-and-down player is exhibiting the consistency of a star player over the last three weeks. His recent 10-game stretch doesn’t mean that all the flaws in his game are a thing of the past, but how he’s finding success should provide hope that the 22-year-old is finally putting all of the pieces together.
[xyz-ihs snippet=”HN-300×250-TextnImage”]