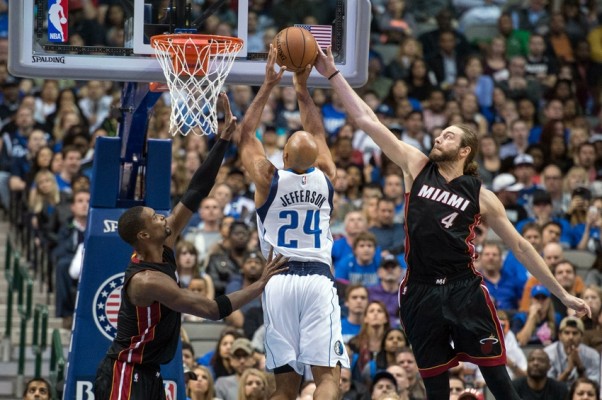 Although not the only factor, injuries were a big reason for the Heat’s lack of continuity, notably that of Chris Bosh and Josh McRoberts.

McRoberts played only 17 games in the 2014-15 season with a knee injury, while Bosh played 44 games before blood clots sidelined him for the remainder of the season. As a result, for a majority of the season, the Heat had to rely on players like Hassan Whiteside, Henry Walker, Chris Andersen, and Udonis Haslem to pick up the slack.

Walker, Andersen, and Haslem all started at least 13 games in 2015. The return of Bosh and McRoberts for the 2015-16 season would allow the Heat to have a greater degree of flexibility.

On the court, McRoberts and Bosh offer Head Coach Erik Spoelstra more creativity. There is no doubt that Bosh will be starting at power forward while McRoberts comes off the bench. If McRoberts is able to return healthy he should be able to put up similar numbers to the ones he put up in Charlotte.

In 2014, McRoberts was second in assists among big men, making him one of the better playmaking big men in the NBA. McRoberts has been classified as a “point forward,” as he has the shooting and rebounding ability of a forward but can make plays like a point guard. Don’t forget that in his last season with Charlotte, McRoberts averaged eight points, four assists, and almost five rebounds, playing about 30 minutes a game. With this in mind, McRoberts brings a lot to the Heat lineup.

What makes McRoberts so valuable is his ability to be successful without the ball in his hands. In an offense like Spoelstra’s, it is important to be able to produce without the ball. McRoberts always seems to know where the open guy is, making him a great player coming off the bench.

“He makes our better players better,” Spoelstra said when McRoberts was first signed.

McRoberts will not be a guy who stuffs the stat sheet every night. However, he will provide energy, hustle, and will be willing to get his hands dirty on a daily basis. Think of him as a grittier Shane Battier.

The return of 10-time All Star Chris Bosh is what most people are waiting for, however. Bosh was sidelined for more than half of the season with blood clots in his lung. He only started 10 games next to Whiteside and was never on the court with star point guard Goran Dragic.

There is no doubt that Bosh is going to return to his role as the number one option on offense, taking pressure off of both Whiteside and Dragic.

In 44 games last season, Bosh averaged 21 points while shooting 46 percent from the field. The return of Bosh means that the Heat will have a consistent shooter to take big shots late in games. 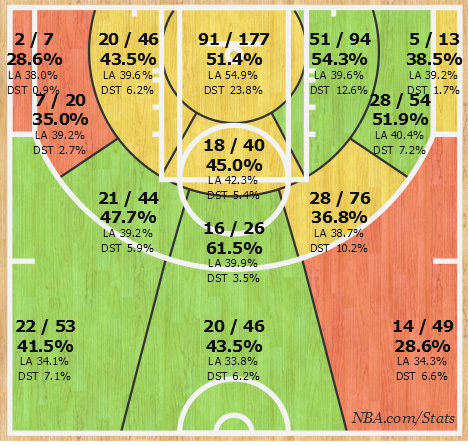 The 2015 Heat was built around Bosh’s strengths, and don’t forget that he was having one of the best seasons of his career until he got injured. The additions of Dragic and Whiteside only make Bosh better. These three are going to get a full off-season together (if Dragic re-signs), which is more than enough time for them to get on the same page.

Dragic is known as an elite passer and may be the best point guard that Bosh has gotten a chance to play with in Miami. Dragic’s playmaking ability will allow Bosh to get plenty of mid-range looks as well as solid post-ups, once the power forward gets in position.

In addition, with Whiteside in the frontcourt, Bosh wont need to focus on being the teams best rebounder or play maker. Instead he will be able to focus on spot-up shooting and playing active help defense.

Also, with both Bosh and McRoberts on the court at the same time, Spoelstra will be able to utilize a lineup that can space the floor and draw bigs out of the paint. This will allow slashers like Dwyane Wade and Dragic to drive all the way to the cup or kick to an open three-pointer shooter.

Bosh and McRoberts are both capable three-point threats, who shot above 37 percent from behind the three-point line before they went down with injuries. It is important to point out that statistically, they are Miami’s best three-point shooters. If the Heat find themselves in a shootout, McRoberts and Bosh can both stretch the floor as offensive threats.

Living in Massachusetts, Jake has always had to deal with the Patriots being miles ahead of the Dolphins and being called a bandwagon Heat fan. He is currently a journalism student at MCLA and is proud to be a junior writer for Heat Nation.