How Amar’e Stoudemire Fits Into The Miami Heat Offense 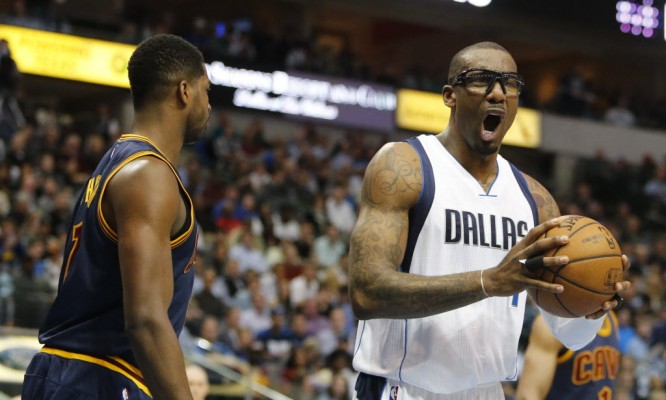 When Amar’e Stoudemire officially signed with the Miami Heat on July 10, Heat Nation couldn’t help but get excited over the addition of a six-time All-Star.

The man formerly known as “Stat” was the poster boy of the Phoenix Suns’ run-and-gun days from the mid to late 2000’s. During that time frame, he was an All-NBA selection on four different occasions and averaged an astounding 26 points per game during the 2004-05 season.

As part of a deadly pick-and-roll game with two-time MVP Steve Nash, Stoudemire led the Suns to great success, as they advanced to the Western Conference Finals on two separate occasions during his tenure in Phoenix.

While it’s been a few years since he has been considered a top force in the NBA, Stoudemire is finally fully healthy and ready to contribute in a reserve role for the Heat. The 6’10” veteran was asked on what he would contribute to Miami in his first season with the franchise during a conference media call:

“It’s whatever the coaching staff asks. I can play however much or however long he needs me to. You know, it’s whatever it takes to win.”

That sort of willingness to play whatever role that’s asked of him is the type of mentality Stoudemire will need to have if he wants to succeed in Miami. The roster is currently jam-packed at the center and forward spots. Hassan Whiteside and Chris Bosh are penciled in as the starters at center and power forward, while the team still has Chris Andersen, Josh McRoberts and Udonis Haslem as backups.

While some of those backups may not be on the roster by the time the season starts, one thing is for certain—Stoudemire will be coming off of the bench.

Considering “Stat” has undergone numerous injury issues over the past few years in New York and is about to enter his 14th season in the NBA, what can Heat Nation expect out of the 32-year-old big man?

What He’s Good At

Over the past two seasons, Amar’e has accepted a role off the bench in an effort to preserve his health. He has shown the ability to contribute, playing roughly 21 to 24 minutes per game while scoring at a healthy clip.

During his 23-game stint with the Dallas Mavericks last season, Stoudemire averaged 10.8 points in 16.5 minutes per game. When you look at his scoring from a per-36 minute perspective, his scoring average pops up to 23.5 points—roughly the amount he was regularly averaging during his heyday with the Suns.

Even more impressive is that he shot an impressive 58.1 percent from the field in Dallas, while shooting 68.1 percent at the rim on 94 attempts. On shots just away from the basket, he converted at a 65.7 percent clip.

His player efficiency rating with Dallas was 22.3, just a nudge ahead of his career PER rating of 22.0.

In summary, the 32-year-old veteran still remains a deadly offensive force near the rim in limited minutes.

What He’s Not Good At

Stoudemire has never been a great defender. Due to age and two knee surgeries, his defense and rebounding continues to get worse.

At this point of his career, he’s laterally slow on defense.

Basically, for all of the benefits you get from Amar’e on offense, you also get a lot of negatives when it comes to his defense and rebounding.

How Does He Fit In With The Heat

As mentioned earlier, the Heat are stacked when it pertains to depth. They have 17 guaranteed or partially-guaranteed contracts for the 2015-16 season. 15 players is the maximum amount for the active roster.

While it’s a guarantee Stoudemire will be on the roster on opening day, the question is, how does he fit into the Heat’s offense?

He’ll likely be coming off the bench to play alongside Bosh. Bosh will likely slide to center while Stoudemire plays at the four position. The problem is, both of these players are such weak rebounders that the Heat will get bullied on the glass. Not to mention both players are below-average one-on-one defenders.

Miami won’t be short of offense when these two guys are on the court together, but it’s offset by their defensive and rebounding deficiencies. As bad as Stoudemire was on the glass, Bosh was even worse as a starter averaging 35.4 minutes per game. His rebounding percentage on the season was 12.0.

While Bosh will be Miami’s go-to option alongside Dwyane Wade, the Heat might be better suited to play Whiteside more minutes. A Whiteside-Stoudemire duo could be formidable considering the former’s strength as a defensive player and the latter’s ability to contribute as a scorer.

Depending on where the Heat go with their trade talks involving McRoberts, Andersen and Haslem, the Heat could have big-time issues if “Stat” is paired with Andersen and/or Haslem for major minutes. All three players are at least 32 years of age, while Andersen and Haslem have very little to offer outside of a few minutes of hustle per game.

What the Heat will look forward most to is the pairing of Goran Dragic and Stoudemire. Dragic is fully capable of assisting on the pick-and-roll, and this is where Stoudemire excels the most. Both players were teammates on the Suns. Add in fellow newcomer Gerald Green—a former Suns player himself—and the Heat have three players fully capable of excelling in a fast-paced offense.

On pick-and-roll plays featuring Stoudemire and Dragic, Green can capitalize off of defensive attention paid to the two-man set by knocking down open three pointers. Green ranked fourth in the NBA in three-point field goals during the 2013-14 season.

“We’re very fortunate that a proven All-Star like Amar’e has chosen the Miami Heat. He is going to bring gravitas, leadership and a hardworking mentality to our team as we look to win another championship in Miami.”

While he may not be the All-Star he once was in Phoenix, Stoudemire’s willingness to contribute in a specialty scoring role off the bench will pay huge dividends for a Heat team looking to win a championship in 2016.
[xyz-ihs snippet=”Responsive-Ad”]