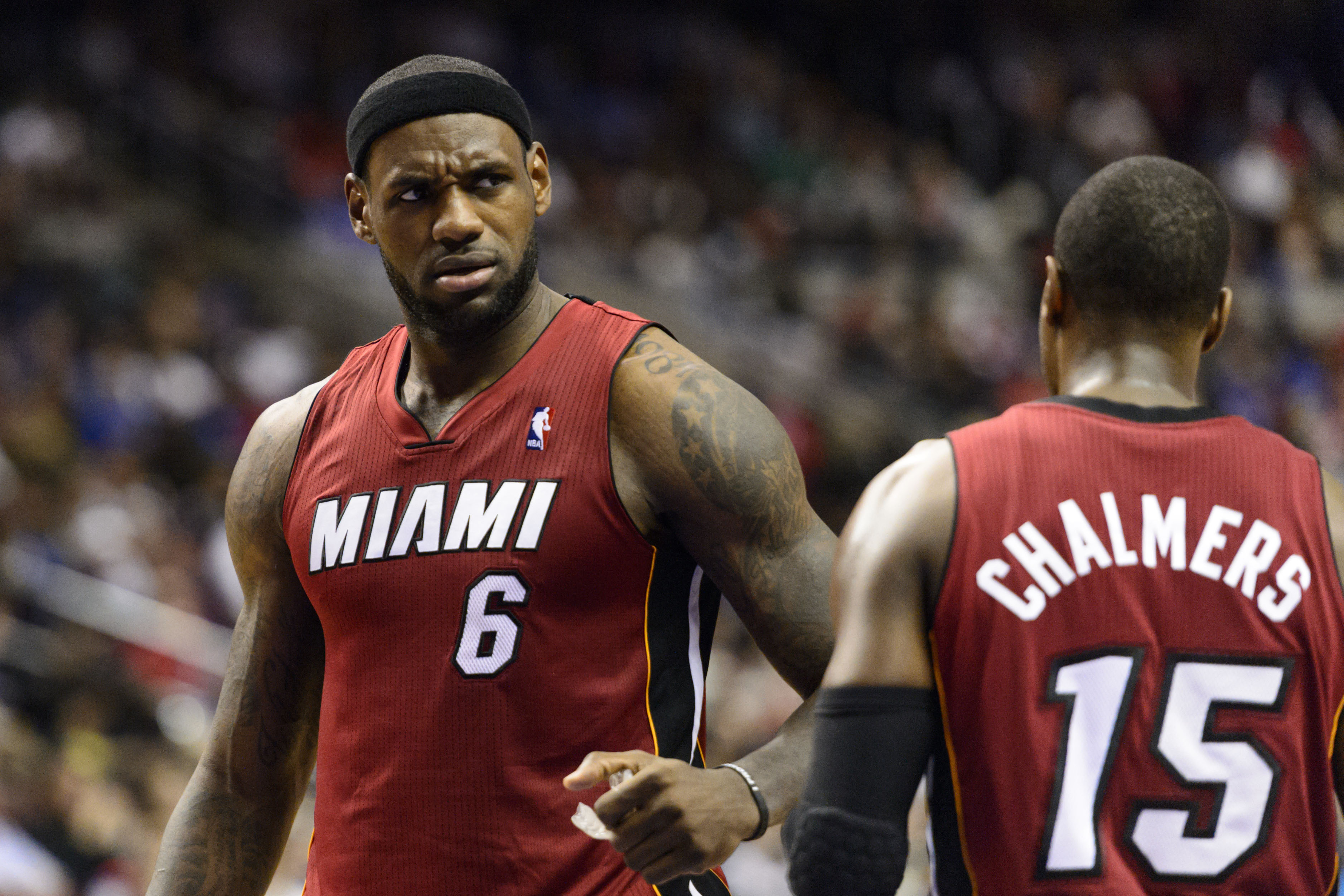 Mario Chalmers is making headlines in mid-September. With the Miami Heat a little under two weeks away from beginning training camp and the regular season still a month-and-a-half from commencing, one can’t blame the media for making Chalmers’ recent remarks a big deal. In a recent interview with Bleacher Report’s Ethan Skolnick, the veteran point guard stated that everybody on the Heat took a backseat in their 2014 NBA Finals series loss to the San Antonio Spurs.

Chalmers stated the following in regards to his performance during the Finals:

“Everybody in my ear, talking about ‘We need you, we need you to do this, we need you to do that.’ And then when it comes to the game, I didn’t feel involved. Like, you all talk about how y’all need me, but y’all didn’t put me in position to do anything. In previous years, if I was in that position, I would make sure I would go get the ball, I would put myself in position to score. I felt like this year, we all just took too much of a back seat in the Finals.”

The key word in Chalmers’ quote is “we.” He didn’t just refer to himself, he was referencing the entire Heat squad taking a backseat during the Spurs’ dominating five-game series victory over the Heat. It does not take a genius to read between the lines: ‘Rio was talking about everybody taking a backseat to LeBron James. Chalmers is smart enough not to draw too much negative attention to himself and the Heat in the midst of a post-LeBron era. The Heat already have enough pressure as it is entering the season.

But his quotes in regards to “getting the ball,” and “putting himself in position to score” are indirect references to LeBron’s dominance in terms of handling the rock during his tenure with the Heat, especially in regards to the 2014 NBA Finals. James had an excellent Finals series versus the Spurs, averaging 28.2 points per game on 57 percent shooting from the field and a 52 percent clip from beyond the arc. Those averages led all Heat players.

On the other hand, Chalmers had the worst series of any Finals starter on either team, averaging just 4.4 PPG on .333 shooting from the field with a putrid .143 mark from the three-point line. No. 15’s play was bad enough to the point where Coach Erik Spoelstra took him out of the starting lineup for Game 5.

The University of Kansas product wasn’t the only Heat player who had a bad series. Dwyane Wade, who played in just 54 regular season games due to Spoelstra sitting No. 3 during back-to-back games, disappeared when the Heat needed him most. ‘Flash’ averaged just 15.2 PPG on .438 efficiency from the field in the Finals. It was a stunning drop in production to say the least—Wade averaged 19.0 PPG on a career-high .545 percentage from the field during the regular season.

The forgotten man in the Heat’s former ‘Big Three’ trio—Chris Bosh—was a non-factor as he strayed away from the post and became just a spot-up shooter versus the Spurs. CB averaged just 14 points per game and went to the charity stripe a total of 11 times in five contests. More telling about Bosh’s change in style of play during tenure with Miami is this: The 6’11” forward/center’s free throw attempts per game has seen a dip in each of the past four seasons. Bosh averaged 6.1 FTA’s in the 2010-11 season, 4.9 in ’11-12, 4.1 in ’12-13 and 3.4 in ’13-14. From the ’05-06 season until ’09-10 with the Toronto Raptors, he never averaged any less than eight attempts per game. 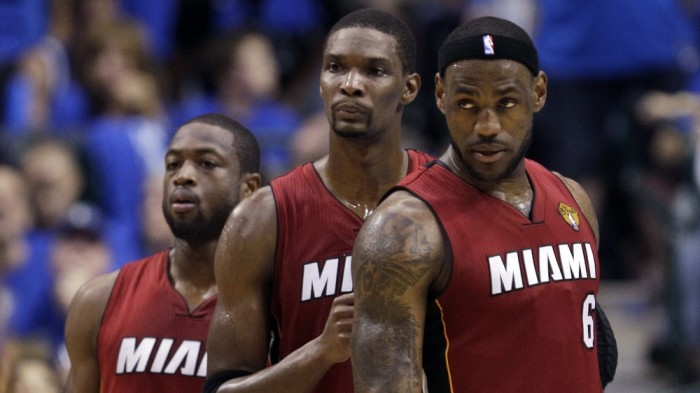 Maybe ‘Rio has some credibility to his remarks. Maybe the Heat struggled in part due to “taking a backseat.” After all, the entire offense ran through the four-time MVP.

While there is no doubt that James took the Heat to heights that would not have reached without him, LeBron’s teams have a history of relying on his talents too much due to his style of play and efficiency as an individual player. Role players such as Chalmers and even star players such as Bosh and Wade can see a decline in production when playing with a superstar of LeBron’s caliber. While one’s opportunities at wide-open jump shots increases by playing with the former MVP, chances at creating one’s own shot and the number of shot attempts decrease.

Which in essence means this: for a point guard such like ‘Rio, you can’t lead the offense like you want. That role was understandably LeBron’s role. For a big like Bosh, you can no longer be a post player—you have to become a spot-up shooter that operates outside of the post due to ‘The King’s’ efficiency when operating inside the paint. When it pertains to a franchise player like Wade, everything changes. You’re no longer the go-to guy and you have to pick your spots—which are limited already as is—as far as being an aggressive player is concerned.

This is not excusing all three players’ lackluster play when the Heat needed them most. Wade did look old and tired versus the Spurs, and Bosh became accustomed to being tentative that didn’t even try to be aggressive during the Finals. Chalmers’ all-around play in the five-game series was as abysmal as a point guard’s play could possibly be.

But ‘Rio’s point holds weight, even if he didn’t directly refer to LeBron in his statements—James is such a dominant player in all aspects of the game that everybody’s role is reduced as a result. After all, from an individual and team success perspective, James carried the Heat to the Finals while playing as well as one could. It was not until the Finals versus a complete team such as the Spurs that people and players had a problem with taking a backseat to ‘The King.’

Entering the ’14-15 season, this all becomes a moot point. The Heat are no longer LeBron’s team. In fact, it may not even be Wade’s team either. Just as the Spurs are no longer just Tim Duncan’s team, the Heat now enter an era with a similar identity shift—they are now a team that will have to play collectively as a unit in order to remain successful.

In Miami, no single player will be “taking a backseat” any longer.
[xyz-ihs snippet=”Responsive-ImagenText”]