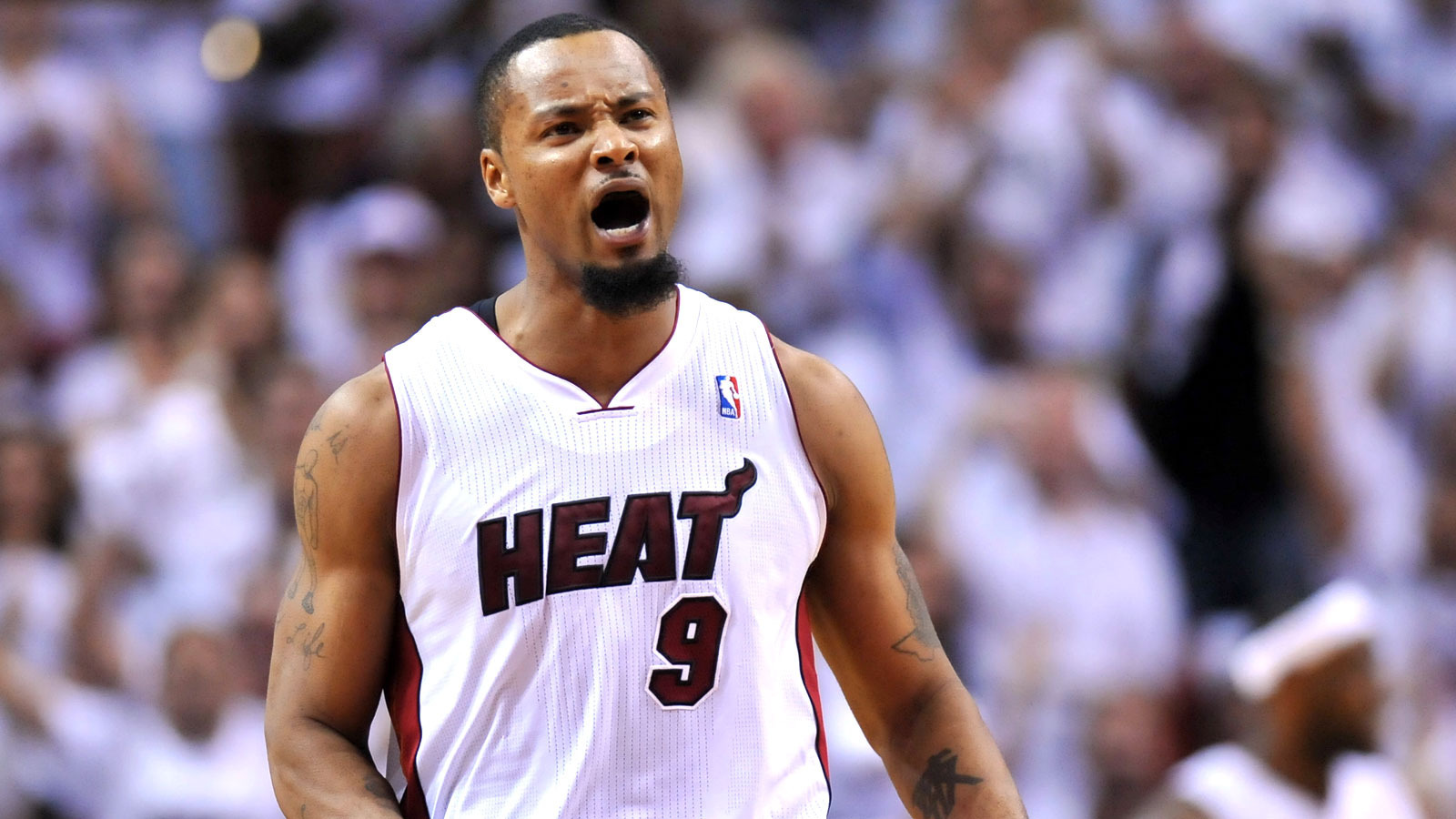 There was a time when Rashard Lewis was a key contributor on a team bound for the NBA Finals, but now that time feels like a long five years ago.

It was 2009 when an Orlando Magic team headed by Lewis and Dwight Howard upset LeBron James and the Cleveland Cavaliers, eventually losing to the Lakers in the Finals. And while Lewis’ numbers are nowhere near where they were during that season five years ago, he has found a way to use his experience to become a key contributor for the Heat down the stretch this year.

The epitome of a team player, Lewis had 14 points in 26 minutes in a critical game two win Sunday evening, tying the series at 1-1 going back to Miami. After the game, he was asked about how it felt to be the guy stepping up outside of the “Big 3” for Miami. “It’s just being competitive” Lewis said, “I know this is a very important game for us, it’s hard to go down 2-0 against a very good San Antonio Spurs team… At the end of the day, we were able to tie it up 1-1.”

Miami Heat Head Coach Erik Spoelstra changed up his starting lineup going into game four against the Pacers, giving Lewis a much bigger role than he was accustomed to this season. While he only averaged 4.5 points during the season, Lewis has stepped up as of late and has become the reliable fourth option that the Heat seemingly lost when they traded Mike Miller.

The loss of Miller was a much bigger hit than anyone in Miami could’ve imagined, but Lewis has found a way to be there when he’s needed most, just as Miller often was late last year. In addition, Lewis has been able to help the rest of the offense flourish through floor spacing and his unique ability to draw opposing big men out of the paint with his deadly perimeter jumper.

Lewis is 34, and as a fifteen year NBA veteran he has done an incredible job of accepting and embracing his role in the Heat’s quest at a three-peat. Lewis has seen a steady decrease in his statistics over the past five seasons, but these playoffs he has seen a reincarnation of sorts.

“At the end of the day I play basketball just to win, its not about getting baskets” Lewis told the media on Sunday night, “it’s all about winning the game, whatever it takes to win the game.”

It’s hard to overstate the vital importance of team chemistry in building championship teams, and high character guys like Lewis are a big reason why the Heat are the two-time defending NBA champs. Especially against a team like the San Antonio Spurs, it is critical for the Heat to find production and leadership from players outside of LeBron James.

We saw in game one how vulnerable the Heat can be without the King on the floor, and having a veteran presence like Lewis in the huddle helps keep things together. While he can’t do it on a nightly basis like he used to, Lewis has used this opportunity to show he can still be a major contributor on the offensive end of the floor.

He capitalized on an opportunity in the Pacers series when Spoelstra inserted him into the lineup to space out the floor, turning back the clock and becoming a vital piece of the Heat’s success. He has now had four consecutive games with double-digit points, dating back to game five of the Indiana series.

If the Heat hope to continue their winning ways in game three, they will need to continue to see big minutes and solid numbers from Rashard Lewis.

We now know Lewis has plenty left in the tank, lets just hope the AC is working tomorrow night at the American Airlines Arena.

You can catch game three of the NBA Finals on ABC at 9 pm E/T on Tuesday, June 10.