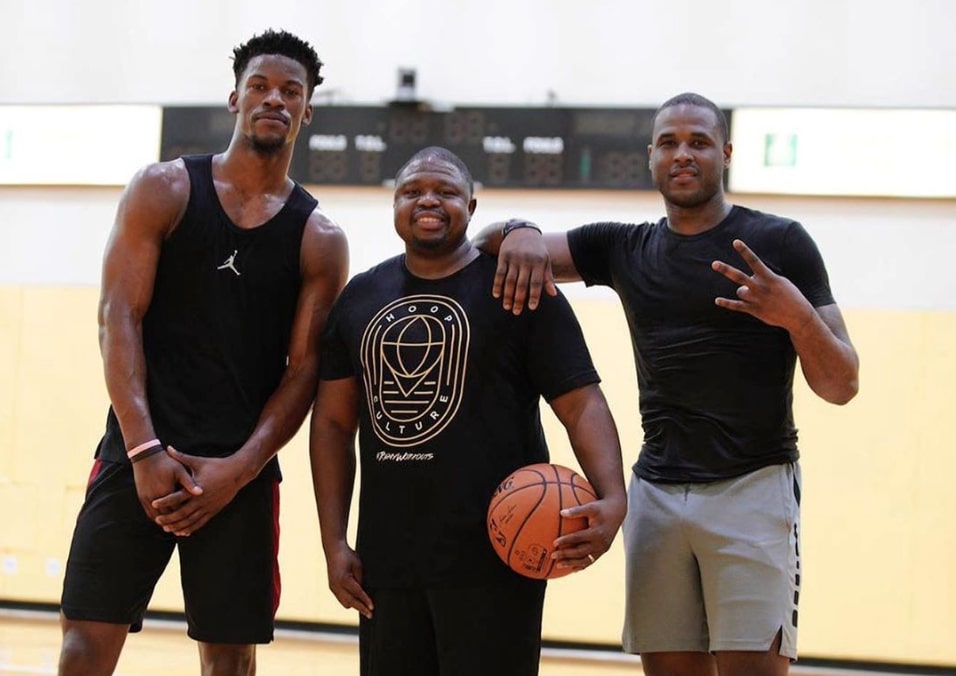 When the NBA season isn’t in session, you can probably find this man training your favorite Miami Heat player.

We got the chance to chat with Miami-based skills trainer Stanley Remy. This basketball guru has trained multiple NBA stars, including Dwyane Wade, Jimmy Butler, Khris Middleton and Andre Drummond. 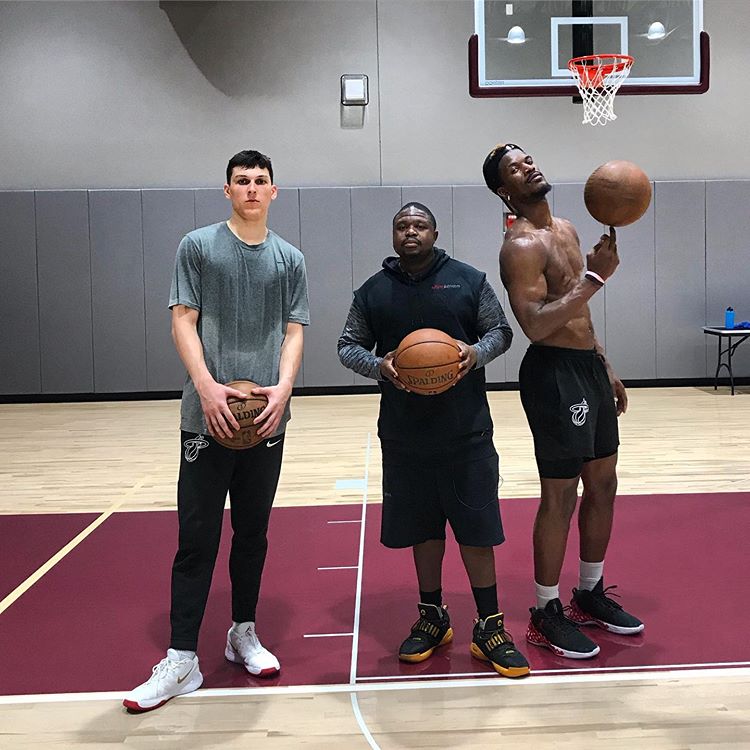 How did you get into this industry?

Remy: I played basketball myself. I played middle school, high school and college. I played at a school in South Carolina called Morris College. I got into training because I was pretty much an average player in high school until I met by best friend Keyon Dooling, who is actually an ex-Miami Heat player and NBA veteran.

One summer when we met he really showed us how to work on our game as far as getting better. All we did before meeting him was literally just play against older people at different parks and just play, play, play, and we didn’t really work on our game. So when I met him, working on my game one summer, I went from average to really good. That always stuck with me because I felt it was a secret to everybody who I surrounded with as far as getting better.

So in my heart, I was always wanted to do that for everybody, for kids that didn’t have a chance to understand how to get better. Even when I was in college I started training my own teammates at night. We would come into the gym and I would be training them. They would see the passion that I had on trying to get people better and knew that I would be a coach one day. I was always a leader at different situations. That occurred to me throughout my career playing basketball in middle school or high school. It showed me that I was gonna be a leader and a developer.

With that being said, with the learning and training with Keyon and turning me into a teacher and student of the game, I just kept studying it and studying it until I became the trainer that I am today.

How was the Invitational with Dwyane Wade this summer?

Remy: That was amazing. I remember when me and Dwyane first thought about that. When I was training Dwyane, a lot of my guys, a lot different people were emailing me, texting me, trying to reach out to me, to try to figure out, “How can I get in the gym with D-Wade for like a week, how can I pick his brain?” 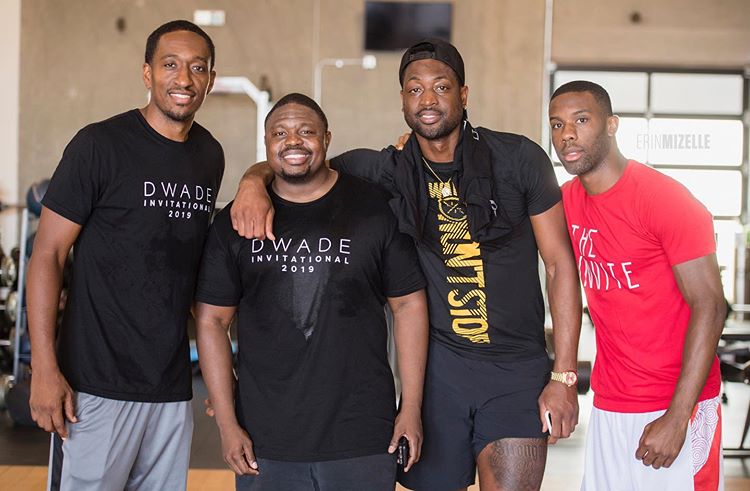 All the players that were close to me I gave them the opportunity, people like Khris Middleton. When we did that with Khris, it’s like his game, he became a star, an All-Star right away. His confidence level was big time just being able to get in the gym with D-Wade. And me and D-Wade saw how his game grew.

And in his view he mentioned it, he was like, “Man being with Remy and D-Wade for that week, two weeks, took my game to another level mentally.” And we looked at that, and thinking, “Wow so many guys probably want to do that.”

And he came up with the idea, “The Invite.” We call it “The Blueprint.” Pretty much giving guys the blueprint on how he (Wade) was successful on and off the court.

What current Heat players do you work with?

Do you think his teammates are really buying into this?

Remy: Oh, for sure because it’s not fake. He’s not a fake gym rat. They come in and watch him.

I love the Heat. They started something called the Breakfast Club. They get in there at six in the morning; this is before training camp. They call themselves the Breakfast Club, a couple guys, Tyler Herro, a bunch of guys in the morning. They get there at six and Jimmy’s walking off the court like, “What the hell? You guys are gonna have to call it the Brunch Club because we’re already here.”

They look at that and they’re like, “That’s the best player on the team. How can we come in and not slack? We have to come in here and work harder. Look at what he’s doing.” I think he fits in perfect with Heat culture. With what the Heat have built as far as structure compared to others teams in the league, they definitely have a strict culture. Jimmy fits the mold.

How great is Tyler Herro gonna be?

Remy: He’s gonna be special. There’s two things I look at when I look at young players, number one: mentality. He is a very strong mentally kid. His confidence is through the roof. Looking at those things right there lets me know he’s not scared to work. He loves to work. He loves, loves to work. Like I said, his confidence is through the roof and his mentality is tough. 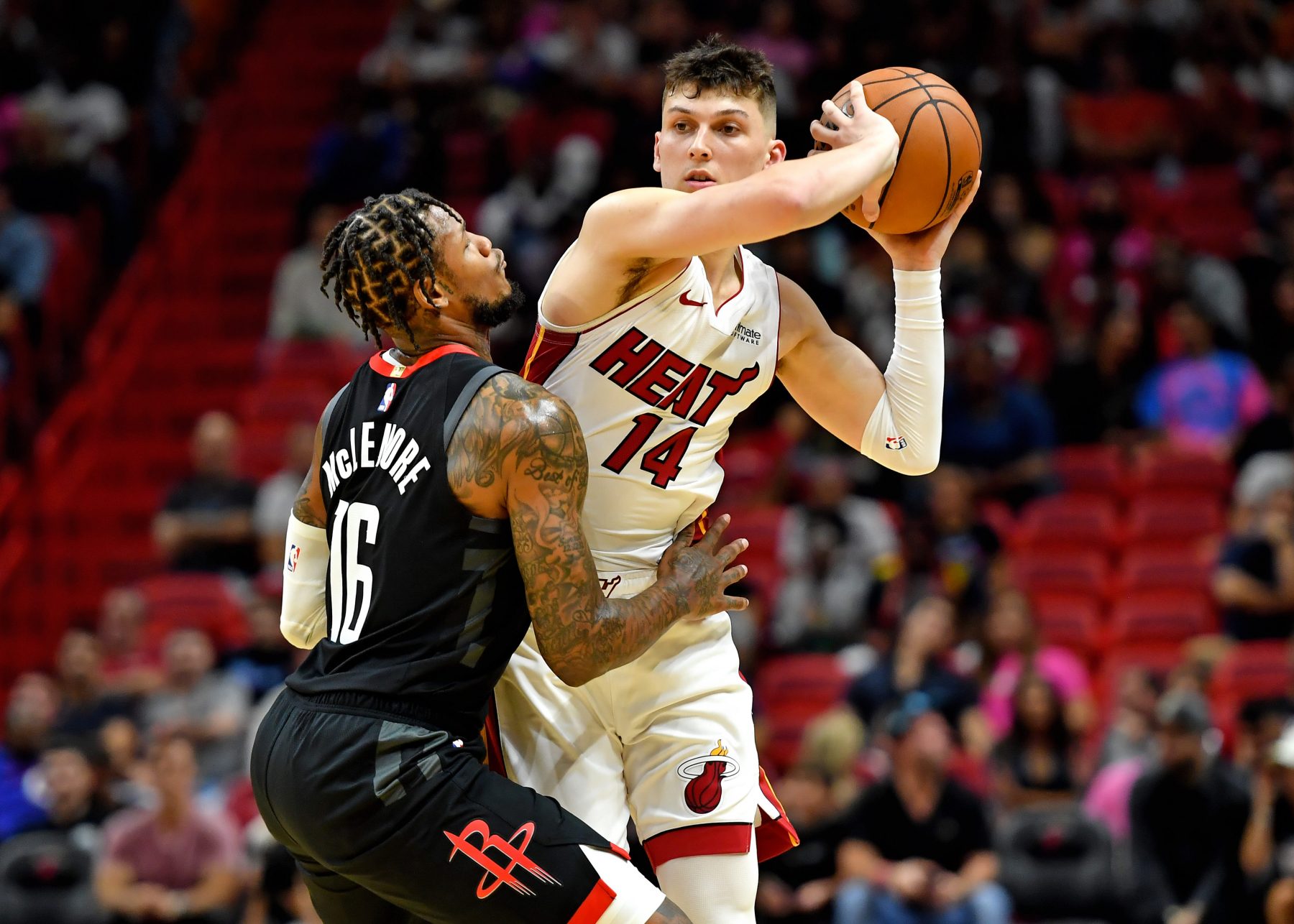 And then his ability to make plays for people, his understanding of the game, the speed of the game is very slow for him. The game is slowed down. So to see that in a young player this early, it can only get up from here. I know he can be a great player.

Is there a specific player he reminds you of?

Every day I ask him, “Man, how’s training camp going? How’s the conditioning test.” He’s like, “Light.” So the fact that he answers like that and he approaches it like that, he’s like, “I’ve already put my body through that.” I haven’t seen a young rookie with that mentality in a really long time.

What happened with James Johnson?

This culture has kinda rejuvenated and put his career in a different perspective, in a different light. So he can only respect what the Miami Heat want from him. He’s a very, very, very good dude. So he’s accepted the challenge, and he’s willing to do whatever it takes for the team, and he’s a team player. He understands, “Listen, this is what it is and I got to get better and I got to make it work.”

From your vantage point, what NBA player are we going to see a big year from? 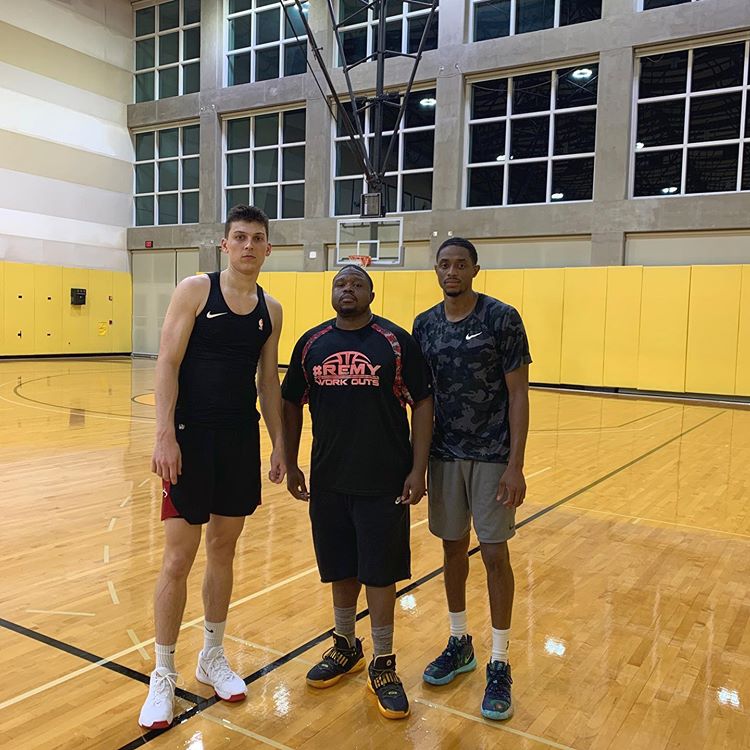 Brandon took a, I think, 15-team win to — at All-Star break — sixth in the East with Milwaukee. He was a borderline All-Star. Seeing him get back to that level after tearing his ACL and coming back slow, going through all the things he went through, to see him moving the way he’s moving and his confidence and shooting the ball the way he’s shooting it; I’m looking for him to get back to that form and really put himself back in a position and a perspective of talks of some of the best points guards in the NBA.

Dion Waiters had a productive summer. How’s he gonna be on this Heat team?

Remy: I think he’s gonna be great. Once they establish his role and figure it out. Dion’s another person’s that from the outside looking in you say is a rugged guy and goes against the grain. But it’s the total opposite. He’s a great teammate. When you watch him play, he loves to make plays for people.

I think that he’s another one coming off an injury, worked his a– off this summer. He lost a lot of weight. He came into camp in good shape. As you can see he had a great game the other day. He’s moving well.

How do you think this new-look Heat team is gonna do this season?

Remy: I love it. I love the attitude. When you see a bunch of guys buy in, they look like everyone has bought in. I think Erik Spoelstra and the Heat, and the organization, has done a great job with the young guys on what they’ve done all summer.

I think the Miami Heat is one of the best organizations in the NBA on how they prepare their guys, and I think they’ve done an amazing job of really making everyone buying in. The ball is moving. Everyone is clicking. The sky is the limit.

With Tyler Herro being a rookie that’s coming in and that everyone’s slept on and to see what he’s doing is amazing. The future is bright. I can see them being a playoff team. Adding a superstar in Jimmy Butler, what they haven’t had since D-Wade. With that being said, I look forward to Miami being a playoff team from here on out.

What are your plans for this season?

Remy: Just continuing to work and monitor my guys. You really have to watch diets, every single move that your guys are making. Making sure they’re at the same level, continuing to get better. That’s a big task. Being able to monitor these guys. And it’s a lot of them.

You gotta really put the work in, watch film. So when you get with them you figure out how you can get better, make the team better, continue to motivate them and keep them positive. When they’re going through bad times, it’s not always gonna be peaches and cream throughout the season. A lot of traveling because guys are in different cities, and continuing to work with the youth.