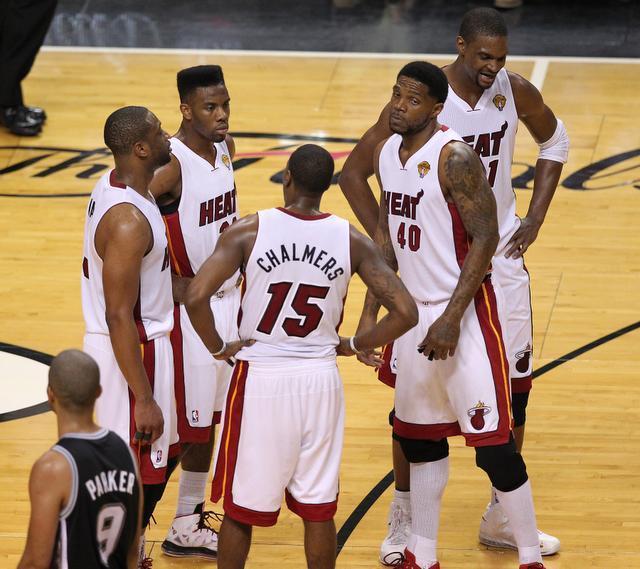 During the Big Three era of LeBron James, Dwyane Wade, and Chris Bosh, the Miami Heat transcended the way traditional basketball was meant to be played. Instead of having a traditional point guard, shooting guard, small forward, power forward, and center position, Miami introduced a new era of position-less basketball.

With multiple players being able to guard a multitude of positions, the Heat came away with two NBA championships and four NBA Finals appearances by playing “small ball.” During the Heat’s glorified four-year tenure, many teams tried to replicate Miami’s small ball approach to try and keep pace with the two-time champs, but to no avail.

One of the clear reasons why the small ball approach was so effective was because of LeBron’s versatility and ability to guard positions one through five, which allowed the Heat to adjust and plug any glaring holes in the system accordingly.

With James now out of the picture, Heat fans must be wondering, ‘Is Erik Spoelstra going to stick with the small ball approach?’ Although there is no clear-cut answer to this question yet, many signs are indicating that Miami is indeed going to stick with the same system that they’ve been playing with all along — go small, pressure ball handlers, run, space the floor as much as possible, and move the ball.

The first indication of Miami sticking with its small ball system was the signing of Luol Deng to replace James. Deng is just as versatile as James on the defensive end and although he may not be able to handle the ball quite as well as LeBron, his spot up game and passing ability as a small forward are still up there amongst the NBA’s elite.

Other indications are the fact that Miami has signed a multitude of guards and forwards to complement Bosh and Wade. With the signing of Josh McRoberts, Bosh will slide into the center position (as he did for the majority of last year’s games) and McRoberts will play the four. With both Bosh and McRoberts’ three-point capabilities, this would allow Miami to spread the floor and punish any team that plays a traditional one through five offense.

But how truly committed to the system are the Miami Heat? How about sliding Danny Granger to the four spot. According to Ira Winderman of the Sun-Sentinel, that’s exactly what’s going to happen.

“If Chris Bosh and Josh McRoberts are your starting power players, and with Pat Riley already talking about Granger getting time in the power rotation, (playing small ball) again appears to be the direction. And it’s not as if there is much of a Plan B, with Chris Andersen at an age where limited minutes are the preferred approach, and with Udonis Haslem having been marginalized in recent seasons.”

With Miami yet to sign a legitimate center, it seems like the the Heat are going all in with the small ball system. Let’s see if it pays off for them this season.
[xyz-ihs snippet=”Responsive-ImagenText”]