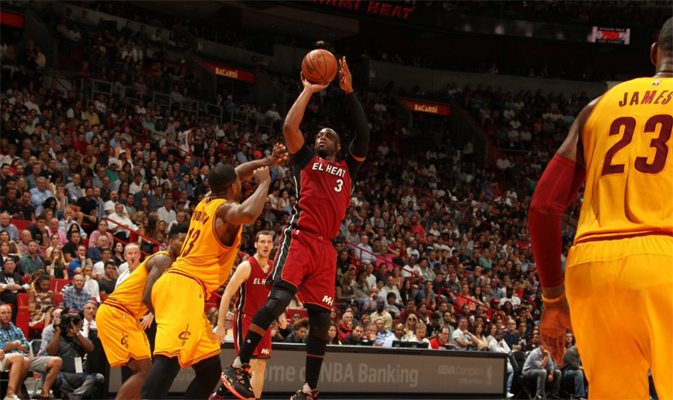 It was the Heat’s second victory over the Cavaliers this season, ensuring Miami’s season series edge over the best team in the Eastern Conference. While the Heat gained some confidence in defeating a championship contender, they also remain in the hunt for the conference’s third seed, as they are a half-game behind the Atlanta Hawks.

For the entire second half the Heat led by over 30 points and never trailed in the win.

This was a dominating victory for a team looking for some momentum as it enters the final month of the regular season. Here are five takeaways from the Heat’s 122-101 victory over the Cavaliers: 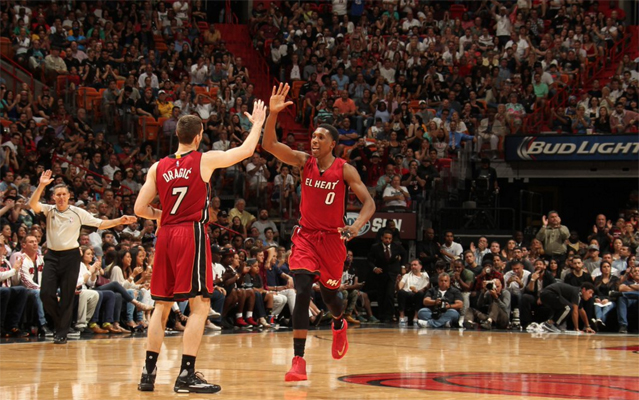 For a majority of the season, the Heat ranked as one of the worst three-point shooting teams in the league.

While they still rank as one of the bottom five teams in the NBA with a .333 three-point shooting percentage, they have drastically improved since the addition of Joe Johnson and the emergence of Josh Richardson in the rotation.

Both Johnson and Richardson have become staples in the lineup over recent weeks and it’s no surprise Miami has benefited as a result.

Saturday night’s win over the Cavaliers was the perfect example of what Johnson and Richardson provide as shooters to this Heat offense. After Cleveland closed the deficit to just four points midway through the second quarter, Johnson and Richardson converted on three consecutive three-point shots to spearhead a 13-0 Miami run that gave the Heat a 51-36 lead.

Considering the league’s elite teams are comprised of the best three-point shooters the league has to offer, this duo will come in handy when the postseason rolls around.