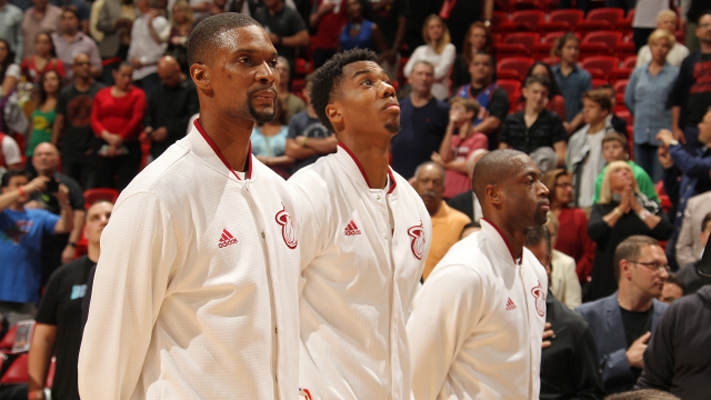 The Miami Heat are currently ranked fifth in the Eastern Conference, but are tied with the fourth and sixth spots with equal records of 39-29. They’re also only a half-game out of third place in the increasingly tight East and the team still has high hopes of making a serious playoff run come April. How far can Miami really go, though? At Heat Nation, we believe the sky is the limit.

Here are five reasons the Heat can win it all in 2016: 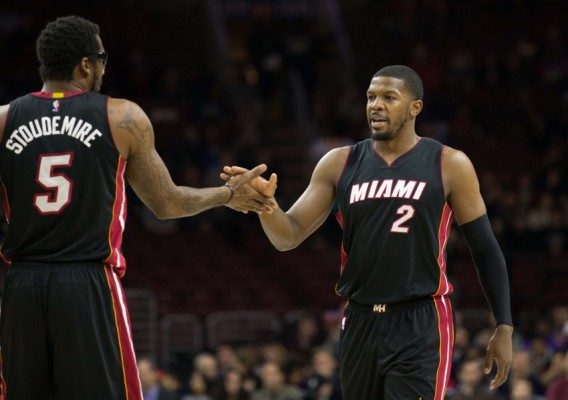 When you think “versatility,” you think of guys that can do it all. Guys that can stretch the floor, play defense, play the perimeter, fill in at multiple positions, etc. Right now the Heat have a slew of guys that fit that bill.

Joe Johnson is stretch guard/forward combo with a six-foot-seven frame and a nasty three-point game. Luol Deng has been one of the most versatile players in the league over the past decade and can play efficiently at the three or four spot. Chris Bosh, if he returns, can play power forward and center and is one of the best big men in the league when it comes to spacing the floor.

At center, Miami can elect to go with the overpowering strength and size of Hassan Whiteside or the more crafty, offensive-minded veteran Amar’e Stoudemire. In addition, despite Dwyane Wade only being 6’4,” his versatility down in the post is remarkable for a shooting guard and he’s been one of the best shot-blocking guards of all-time. Top that all off with another combination guard/forward “energy” player like Justise Winslow, who has shown flashes of brilliance on both ends of the floor in his 2015-16 rookie campaign, and you’re looking at one of the most versatile teams in the league.

Next: The Great Wall of Whiteside