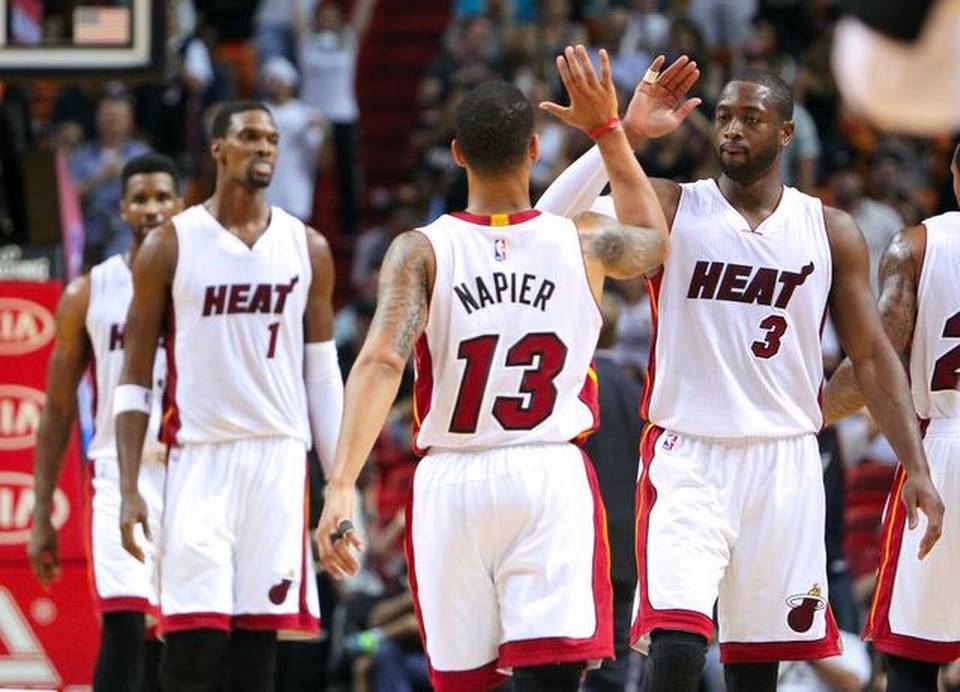 Through 34 games of the regular season, the Miami Heat currently stand at 14-20.

It has been as rough of a season as it gets. Just a year after advancing to their fourth straight NBA Finals, the Heat have declined so much that they may not even make the playoffs this season. Injuries, lack of team chemistry and rebounding issues have all contributed to Miami’s demise over the past couple of months.

In the month of December alone, the Heat fell to bottom-feeding teams such as the Utah Jazz, Philadelphia 76ers, Orlando Magic and Indiana Pacers. The four teams’ records combined is 42-95 (.306 winning percentage). In three of those games, the Heat blew second-half leads before losing.

One of the few bright spots of the season has been the revived play of Dwyane Wade, who is averaging 22.9 points per game, and ranks eighth in the NBA in scoring.

In response to the losses piling up in spite of his superb play, Wade stated his desire to win more than anything else:

While the play of Wade has been a bright spot for a rather lackluster season for the Heat, just about everything else hasn’t gone right for the team. Here are five New Year’s resolutions that the Heat must make as they begin play in a new calendar year:

To say that the Heat were the most injury-decimated team in the Eastern Conference through the first couple of months of the season would be an understatement.

Projected starting power forward Josh McRoberts is out for the season due to a knee injury that required surgery. McRoberts never truly got his feet wet in a Heat uniform as he struggled through injuries in the preseason, before struggling with injuries during the regular season.

Key rotational players such as Udonis Haslem, Luol Deng, Chris Andersen, Norris Cole and Danny Granger have all missed key periods of time due to ailments.

The 2014-15 season has not been a healthy one for the guys down in South Beach.