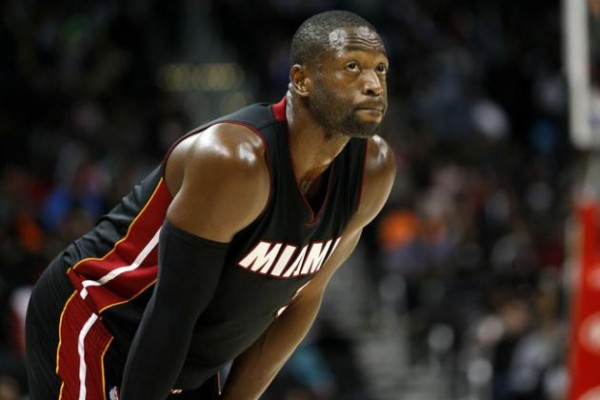 There was a time when Dwyane Wade didn’t think about the game.

He simply reacted. When he was winning Finals MVPs and leading the league in scoring with a scoring average of 30.2 points per game, the Miami Heat superstar simply relied on instincts. Now, at the age of 33, Wade doesn’t so much depend upon instincts—he thinks things through.

Following Thursday night’s victory over the Sacramento Kings in which Wade hoisted a season-high 23 shot attempts, the veteran guard spoke of the evolution of how he mentally processes the game. Via Ethan Skolnick of The Miami Herald:

“I didn’t have to think about the game until ‘Bron and Chris came down in 2010. I mean, I just played. I shot when I wanted. I passed when I wanted. And then when they came down, I had to become more of a thinker. And sometimes you don’t want that, because it takes away from just natural instincts.”

Wade cited age as one of the primary reasons for why he has to “think more” than he did earlier on in his career:

“The older you get, and the way your game changes, you have to think the game more than just physically taking off from the free-throw line and just see what happens. You have to think about doing that.”

“Flash” certainly is not the player he once was, capable of simply carrying a team on his back while scoring 30 points a night. While he’s not the player that won Finals MVP in 2006, he doesn’t have to be—he is on a depth-heavy team featuring the likes of Chris Bosh, Goran Dragic, Luol Deng and Hassan Whiteside. With the exception of Whiteside, every one of the aforementioned players has been named to an All-Star or an All-NBA team at some point during their careers.

Wade admits that he still isn’t completely comfortable in his role with his mostly new teammates:

“Not really, I’m still figuring it out. Obviously, when it clicks, it clicks, it flows good. But there are certain moments, you can still tell, we’re a new team together, we’re still trying to get to our game.”

Head coach Erik Spoelstra, who has been with the Heat organization since prior to Wade’s first year in 2003, spoke of the shooting guard’s evolution over the years:

While Wade didn’t have his most efficient shooting night in the 116-109 win over the Kings on Thursday night (10-23 from the field), he did lead all scorers with 24 points on the night. It followed a stretch of four games where the superstar guard failed to score more than 12 points in any one of those contests. He also converted on just 32.7 percent of his field goal attempts during that stretch.

He further acknowledged that he is still going through growing pains as far as “figuring it out”:

“I don’t know. It’s tough. Because sometimes you think you’ve figured it out, and then you may go through three games where you ain’t figured it out. It’s a long season.”

If Wade continues to grow as far his mental approach to the game goes, the Heat will only benefit as a result. As he develops more chemistry with his starting lineup running mates, No. 3 should grow more comfortable with his new role on the team.
[xyz-ihs snippet=”Responsive-Ad”]