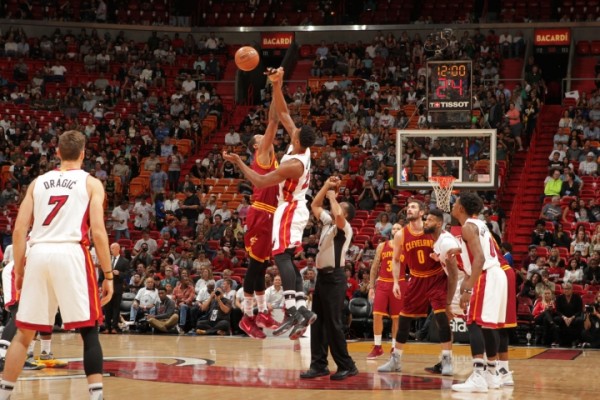 On Monday, the 2017-18 NBA regular season schedule was released and for the Miami Heat, the season will start out with a bang as a multi-game home stretch gives way to a challenging away stretch of what will surely be another exciting season.

After the Heat travel to play the Orlando Magic in the season opener, they will enjoy a six-game home stretch that will include prove-it games against two playoff teams from last year in the Boston Celtics and San Antonio Spurs. Following the home-game stretch, the Heat will battle through a six-game road trip, which includes a matchup against the defending NBA champion Golden State Warriors.

One noticeable change from previous seasons, thanks to the NBA’s commitment to increased resting time for players, is that the Heat will only play in 13 back-to-back games, two less than last season, and four fewer than two seasons ago.

While the Heat are widely considered to be a talented team, their lackluster record last season has left them with only nine national appearances total, four on ESPN, one on TNT, and four on NBA TV. There is flexibility within those schedules, however, and if the Heat perform well, they will likely enjoy more national coverage deeper in the season. With their few national appearances, it should not come as a surprise that the Heat will be off on Thanksgiving, Christmas Day, New Years Eve, and New Years Day. They will, however, be playing on Martin Luther King Jr. Day, when they will travel to Chicago to play the Bulls.

One very positive aspect of the Heat’s schedule, particularly if they are in good position to make the playoffs near the end of the season, is that they will only have five games in the month of April. The closing week of the season will likely be challenging, however, as the Heat will travel to Oklahoma City to face the Thunder and Toronto to play the Raptors in the final two games of the regular season.

The regular season is still over two months away, but with each passing day it’s hard not to get excited imagining the 2017-18 Miami Heat proving their worth on the court.
[xyz-ihs snippet=”HN-Native-EndofArticle”]